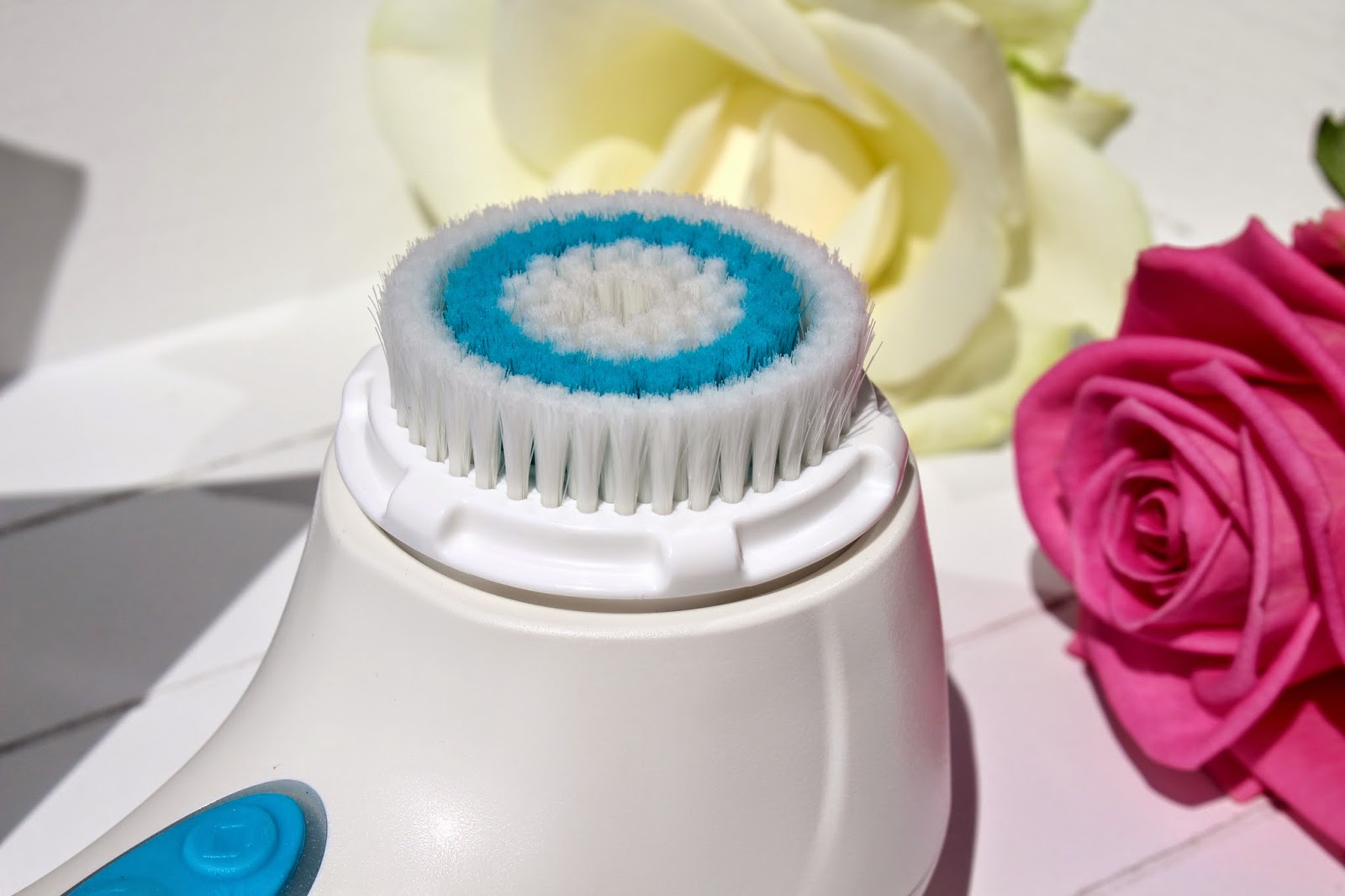 I didn’t want to fall in love with the Clarisonic cleansing brush, I really didn’t. The thought of spending £140 on an oscilating brush for my face seemed a little bit silly, but that was until I tried it! And now? I’m obsessed, and I would recommend it to anyone. The price tag is high, but then I thought that I spend that on a couple of meals out – and a good complexion is surely worth the splurge. 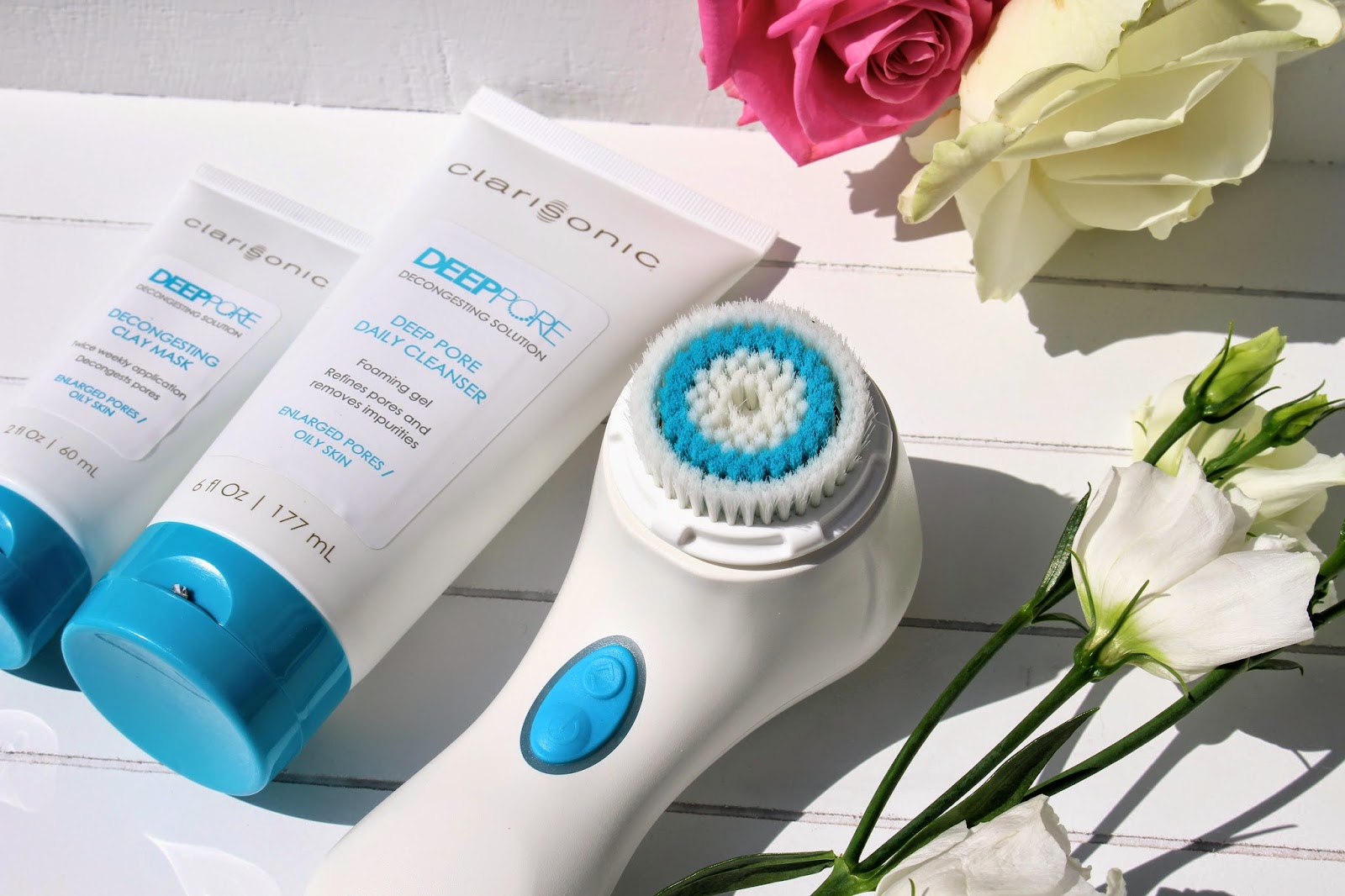 My skin is combination – I have an oily T-zone but dry elsewhere, and I feel that my pores look enlarged on my cheeks and nose, so I went for the Mia 2 Deep Pore cleansing kit. For congested pores and blackheads, this is the brush that Clarisonic recommend, and even after the first use my skin felt like it had been deeply cleansed and ultra clean. I always used to double cleanse, sometimes even triple cleanse until my cotton pads had no traces of makeup on them, so it’s fair to say I’m quite OCD about removing all the grime – and with the Clarisonic the cleanse is just a million times more thorough. It’s incredible the amount of dirt and makeup that seep into pores that cleanser on its own just can’t budge. After 4 weeks of using the Clarisonic, I can honestly say that my skin has improved so much – it wasn’t bad before but I would never have left the house without makeup, where as I would, and do, now. 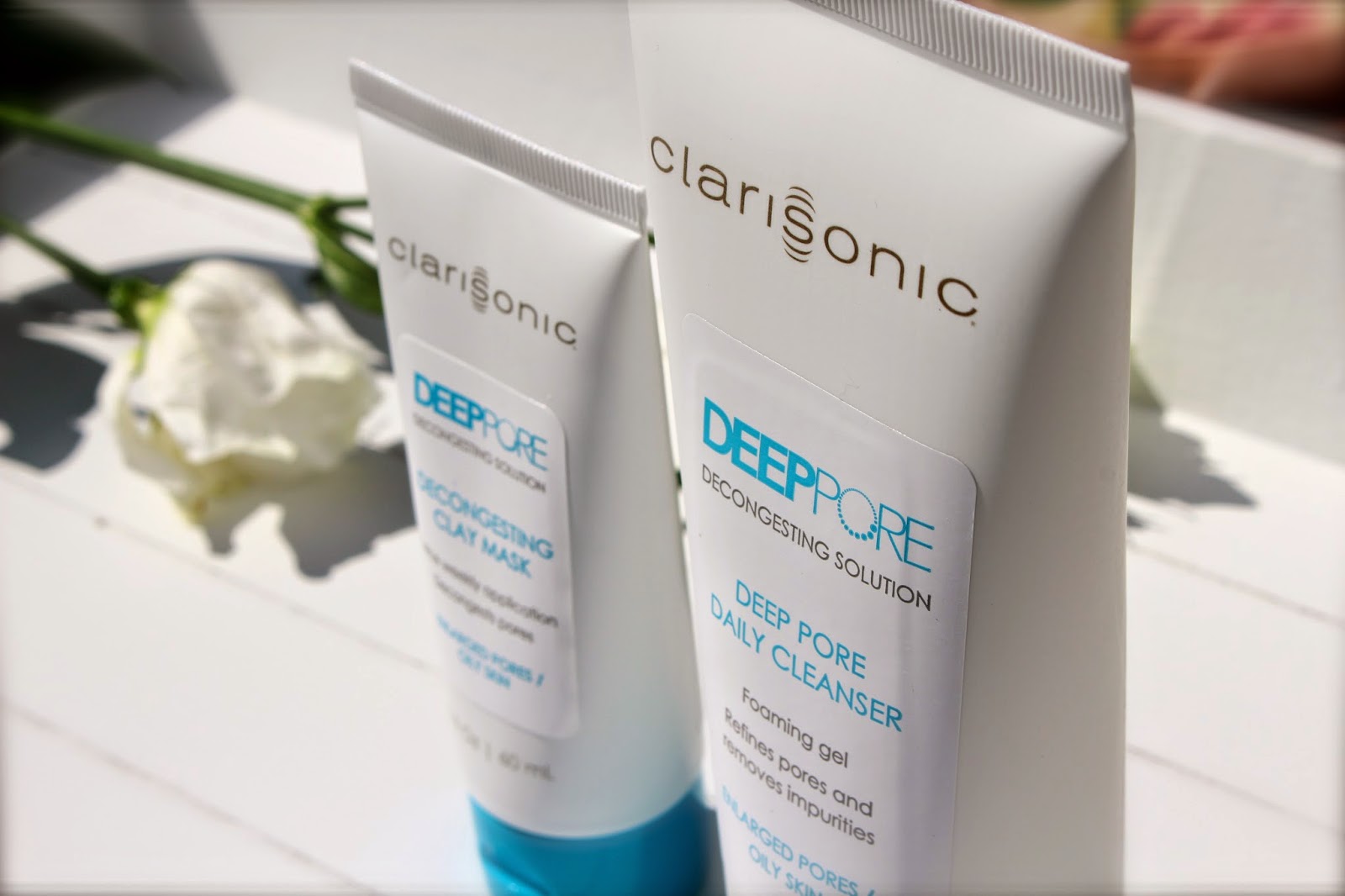 The bristles on the cleanser head are soft and fine, which means it isn’t harsh at all on sensitive skin. The sensation is quite unusual, and takes a little getting used to – I had expected it to be rough but it isn’t at all. The vibrations help to improve circulation to the skin, while the bristles deep clean and also gently exfoliate. After every use I wash the brush head under warm water and store it in the handy travel case that it comes with.
The image above shows a clay mask and cleanser which comes with the brush – the cleanser is in gel form which foams when applied with the brush. I usually use the Clarisonic in the shower so I’ve already removed makeup with cleanser on a cotton pad, but using the Clarisonic with the cleanser just takes the clean feeling to another level.
My tips when using the cleanser would be to apply cleanser all over your face, then start the brush on your forehead, using circular movements until it pauses – telling you to move to the next zone. Too much pressure may be bad for your skin, so go lightly!
I highly recommend the Clarisonic – it may be pricey but it makes such a difference, and I’m hoping the brush will last a long time making it a great investment.
The brush, mask and cleanser is available from Debenhams, and online for £140.
Would you ever splash out on a Clarisonic?

Gifts your Mum will Love this Mother’s Day