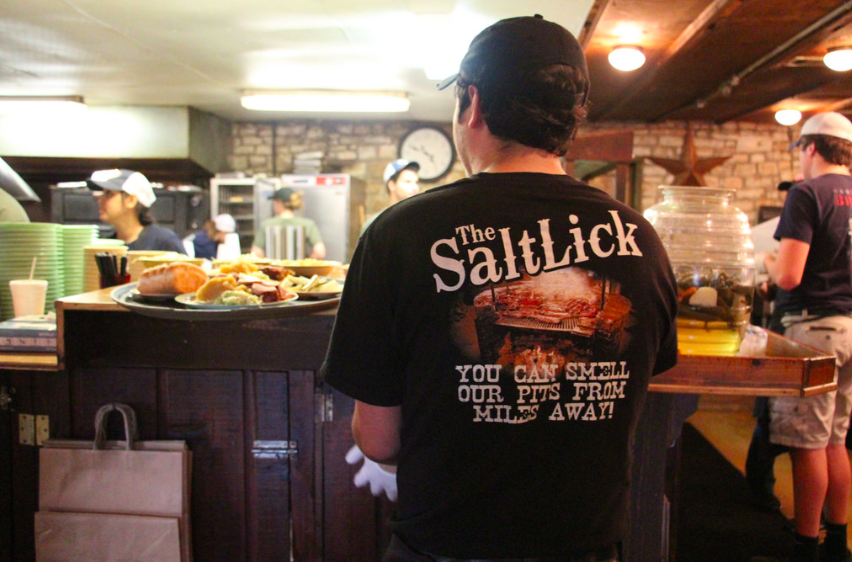 While in Austin for SXSW, we made the meat pilgrimage to the Salt Lick BBQ to experience an authentic Texan tradition. The Barbecue mecca is a 30 minute journey from Austin, down dusty farm tracks and through wide open ranch estate. Eventually we reached the world-renowned restaurant, which cooks more than a million pounds of brisket every year. 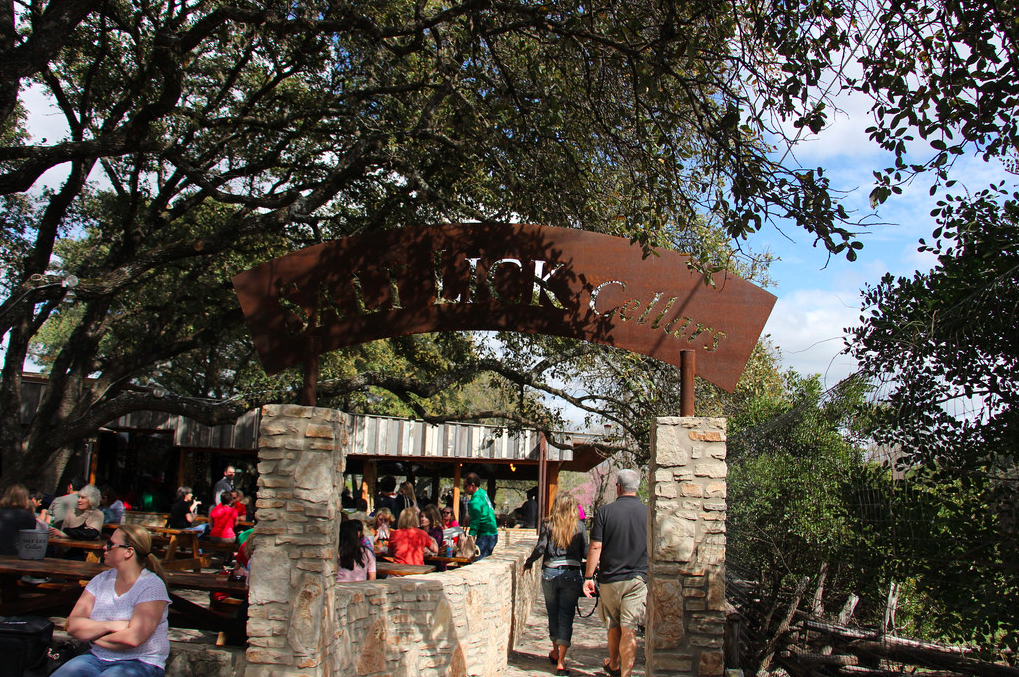 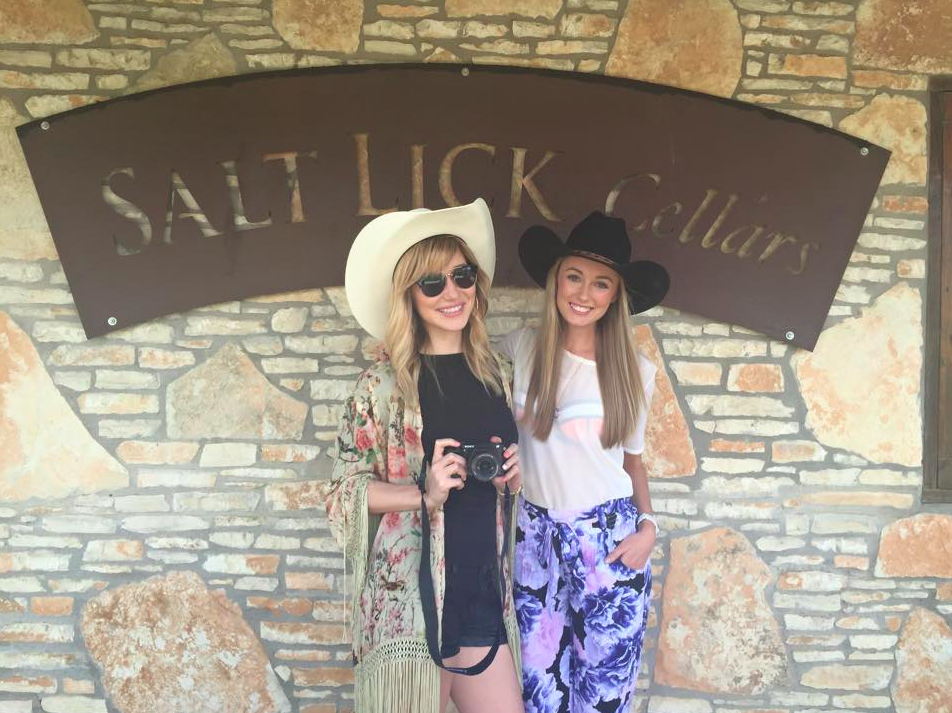 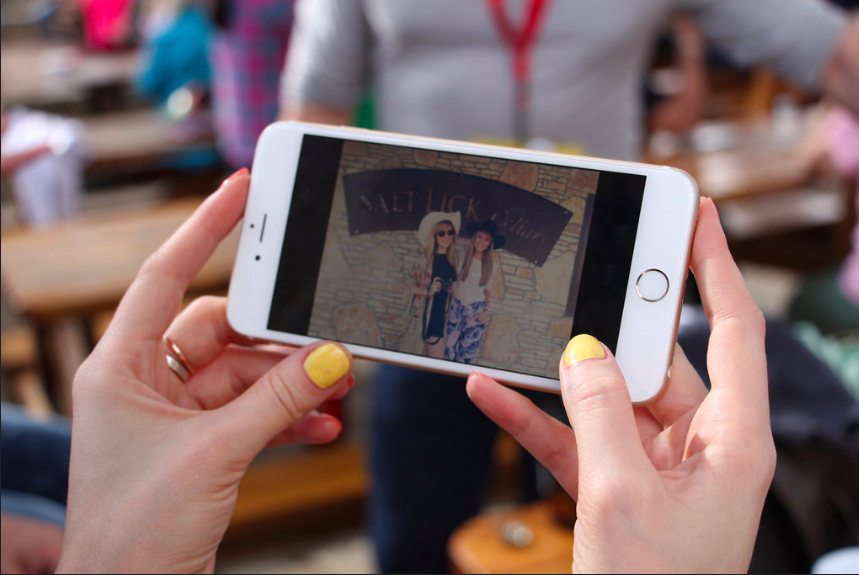 In 1967 when the first branch opened here in Driftwood, it was just a limestone pit built into the Robert’s family land, and now 50 years on, but still in true Texas fashion, an estate has been built around the original pit with indoor lighting, running water and of course the largest BBQ pit I’d ever laid eyes upon. 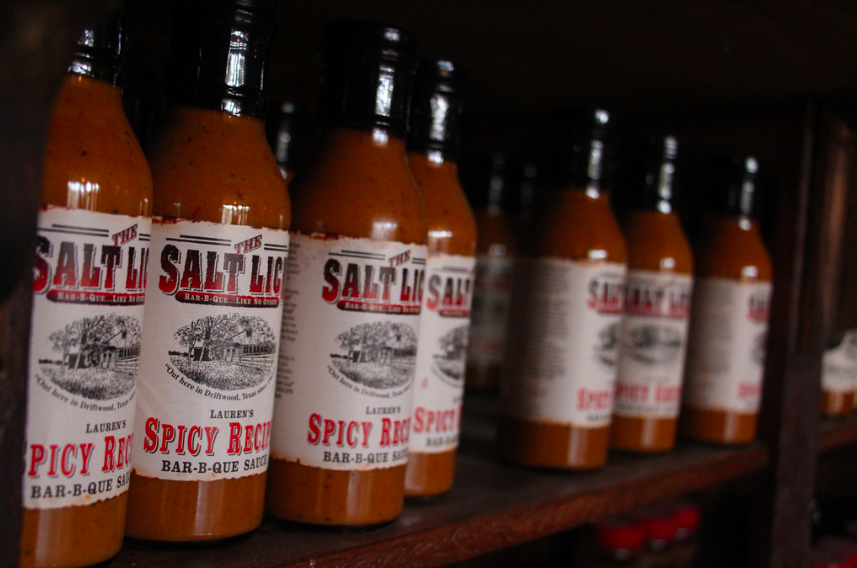 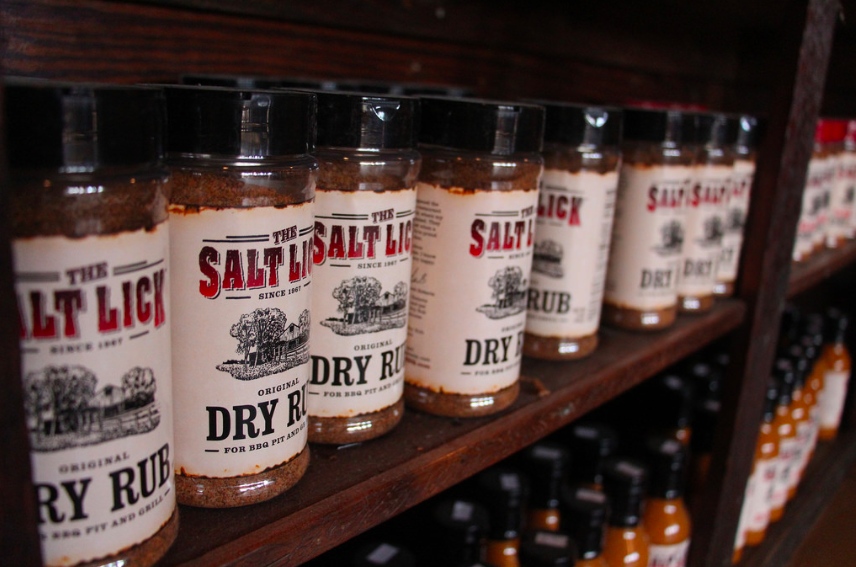 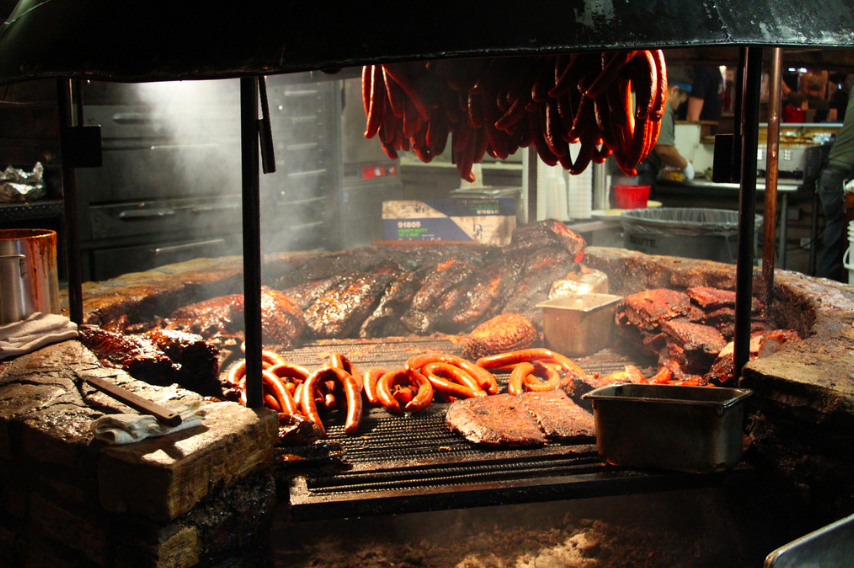 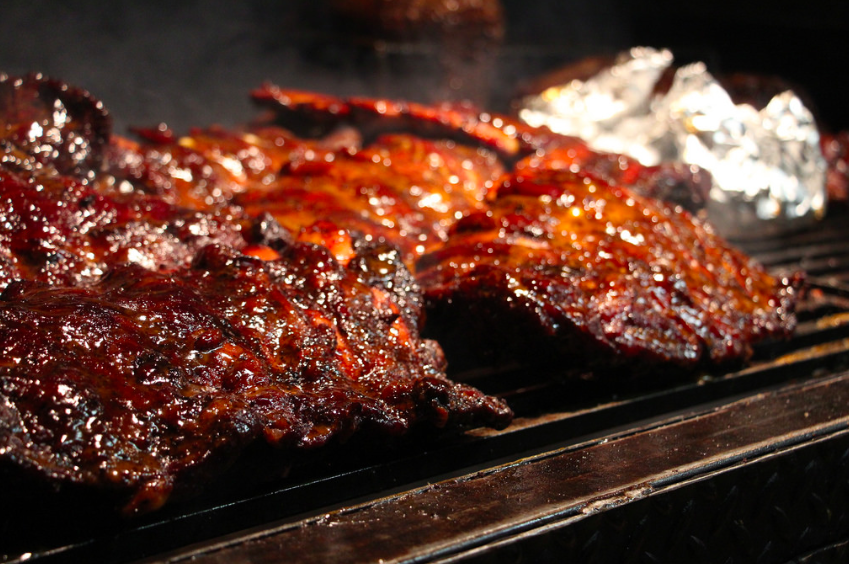 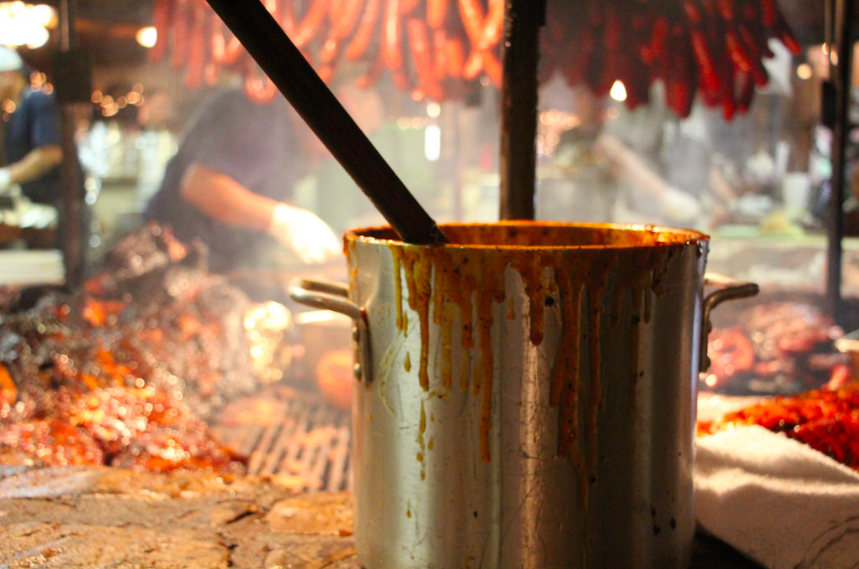 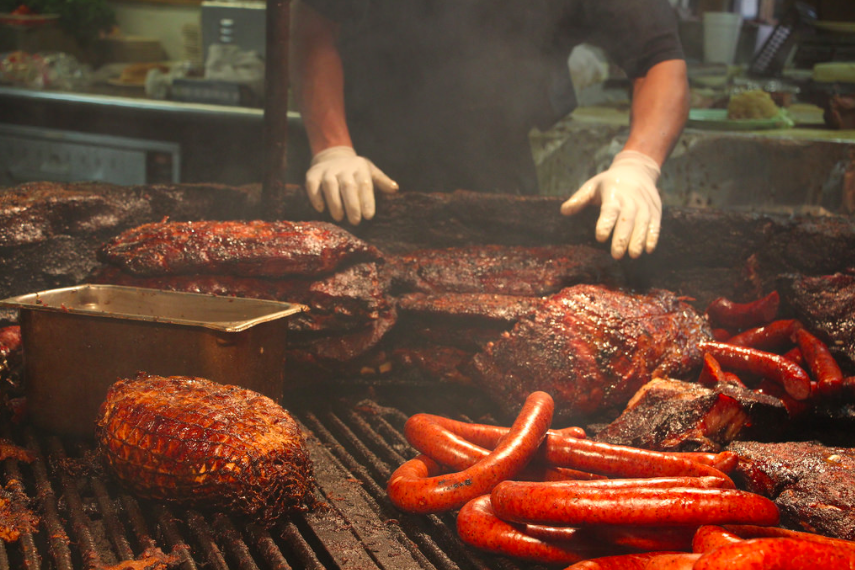 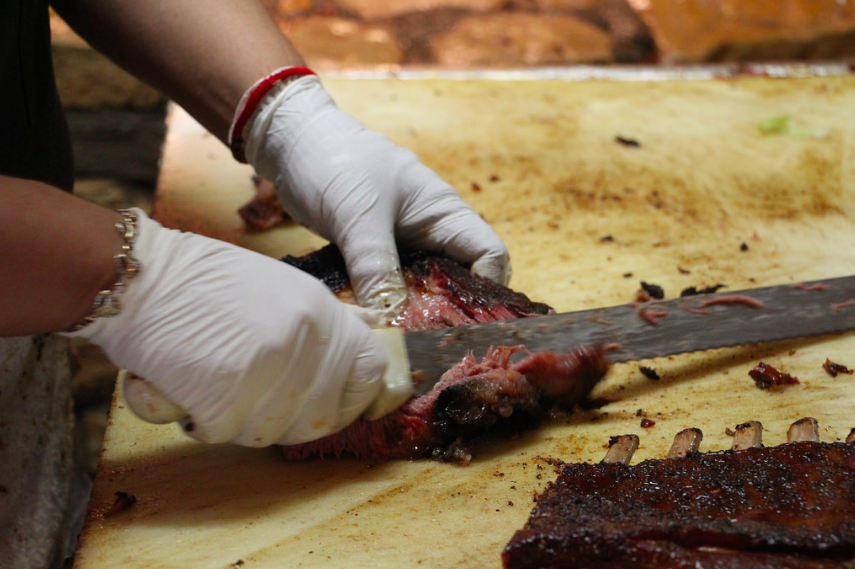 For meat lovers, there is almost too much choice on the four-page-long menu, so we opted for ‘Family Style’ – all you can eat beef brisket, sausage, pork ribs, potato salad, cole slaw and beans followed by a chocolate chip cobbler with a huge dollop of ice cream. 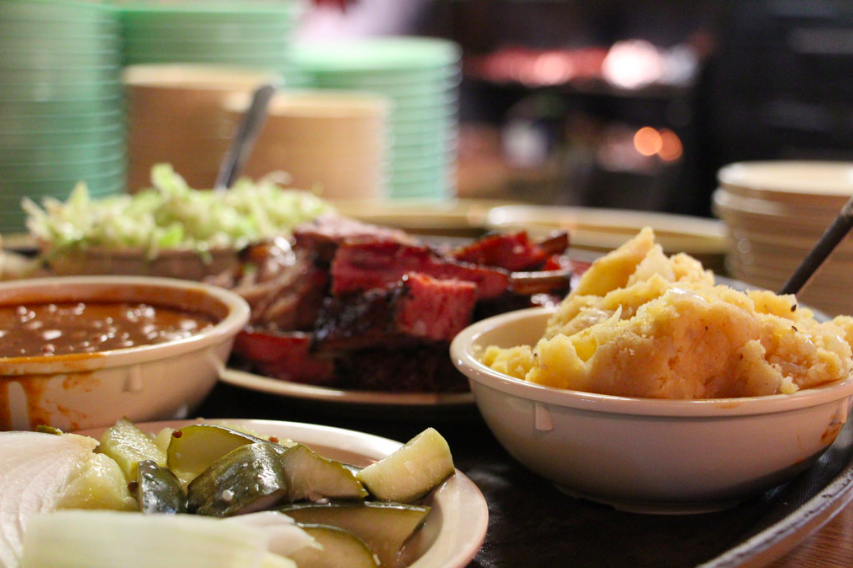 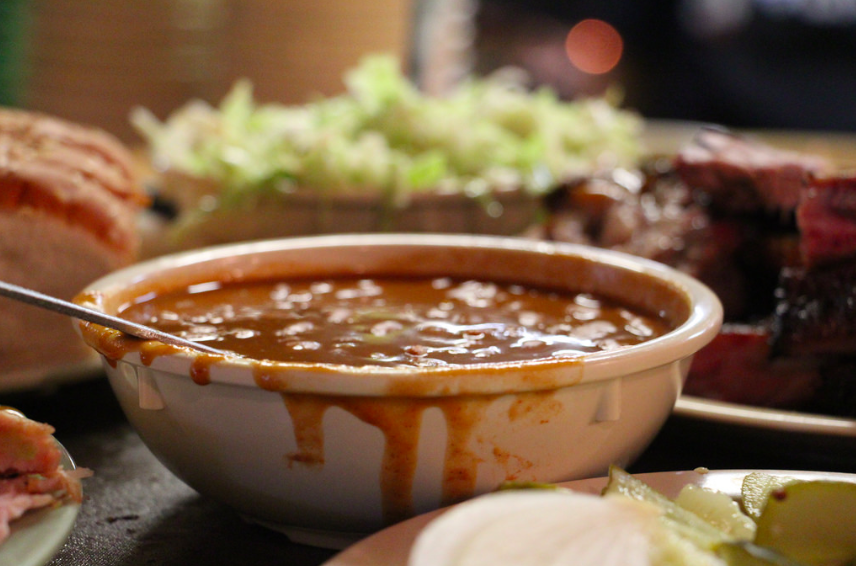 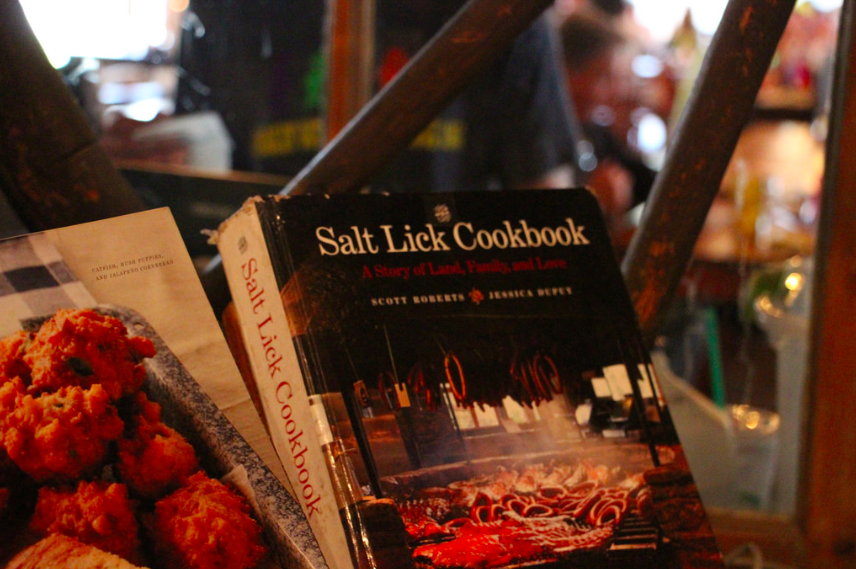 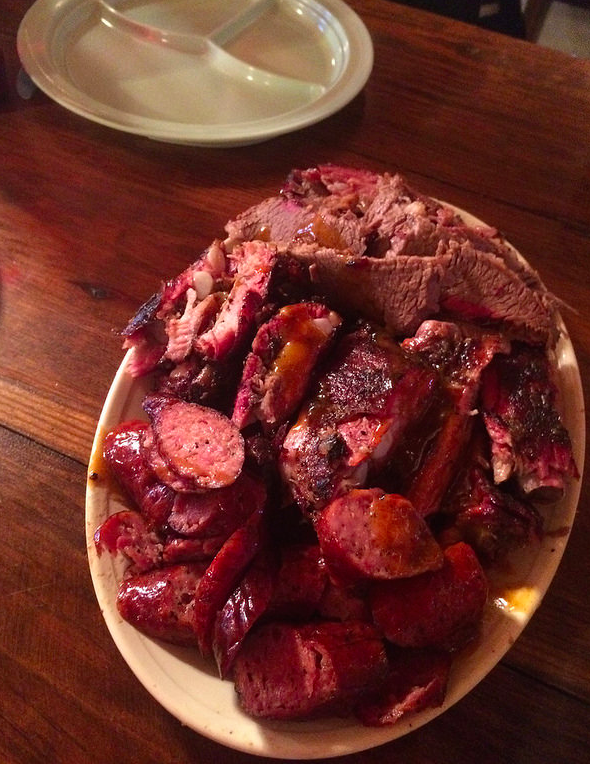 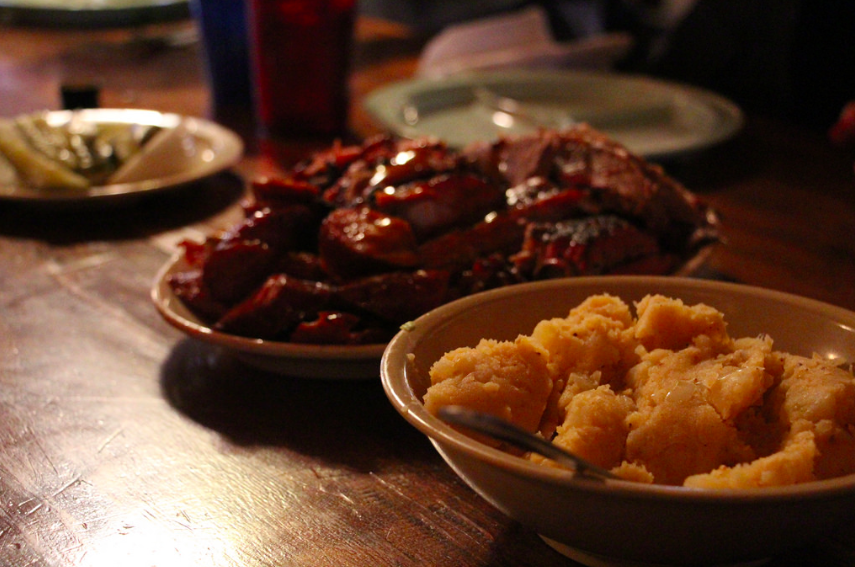 There was a lot of meat! The huge, meaty ribs looked like they could have come from a prehistoric beast but they were the most finger-liking delicious ribs I’d ever tasted, and the brisket put even London Michelin starred restaurant’s meat to shame. 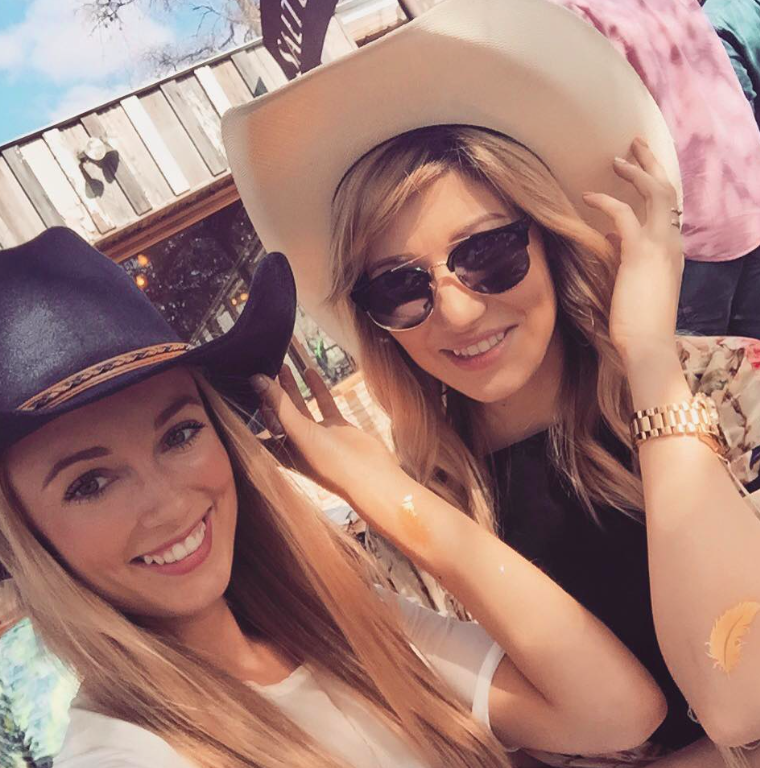 As is only appropriate for such a truly Texas experience, we wore our Cowboy hats with pride, so of course a selfie was in order!
Have you ever been to Texas? Where would you say is the best BBQ?

My Favourite Beach Clubs in Ibiza

How to Accessorise your Swimsuit