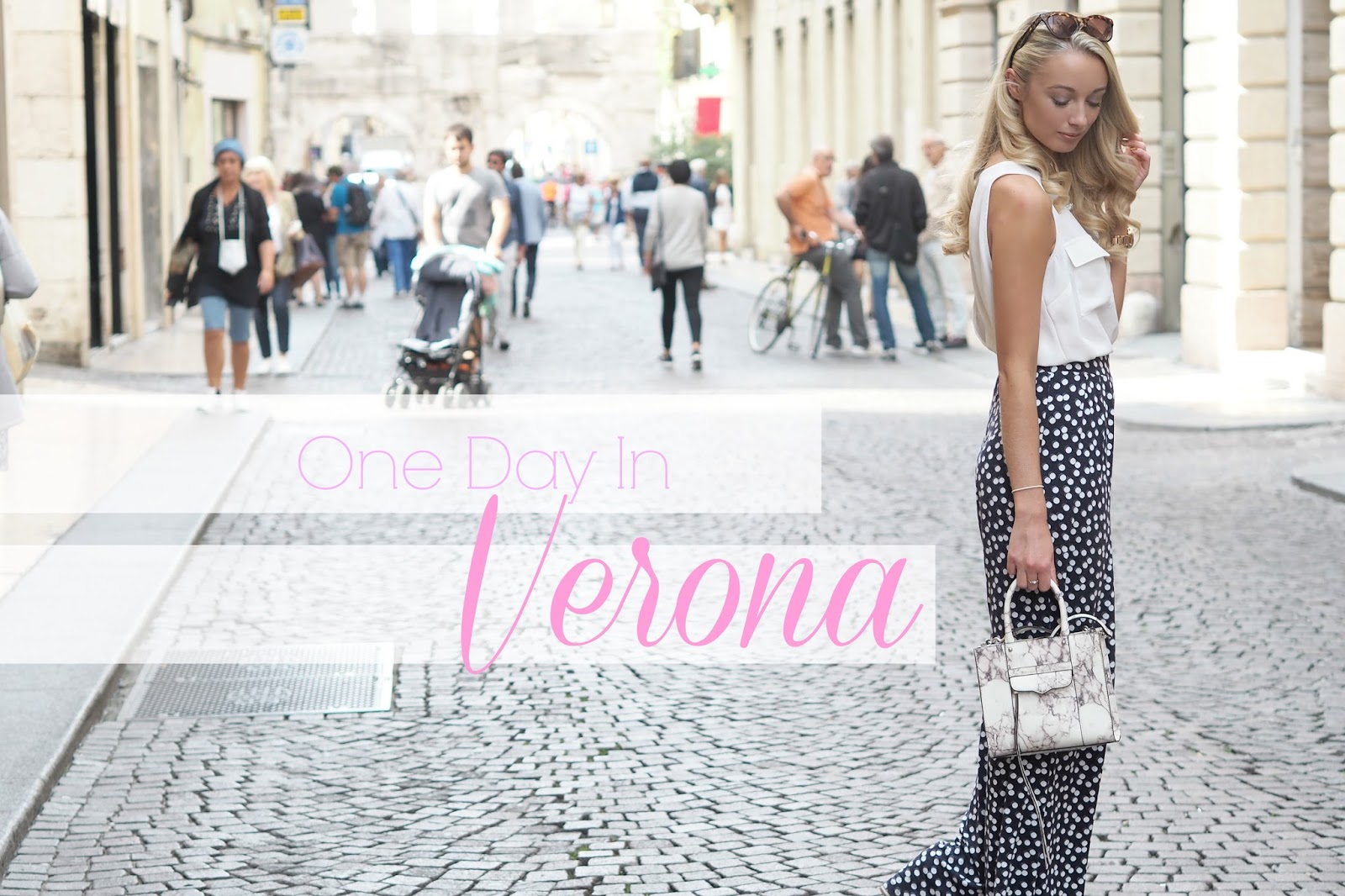 As the setting for Shakespeare’s, or possibly the world’s most famous love story, there was no doubt in my mind that I’d fall in love with the Roman city of Verona. Also now home to one of the world’s greatest Opera Venues, the Roman Area as well as the ‘homes’ of Juliet Capulet and Romeo Montague, there was much to see and do, but with only 24 hours in the city we had to choose carefully! 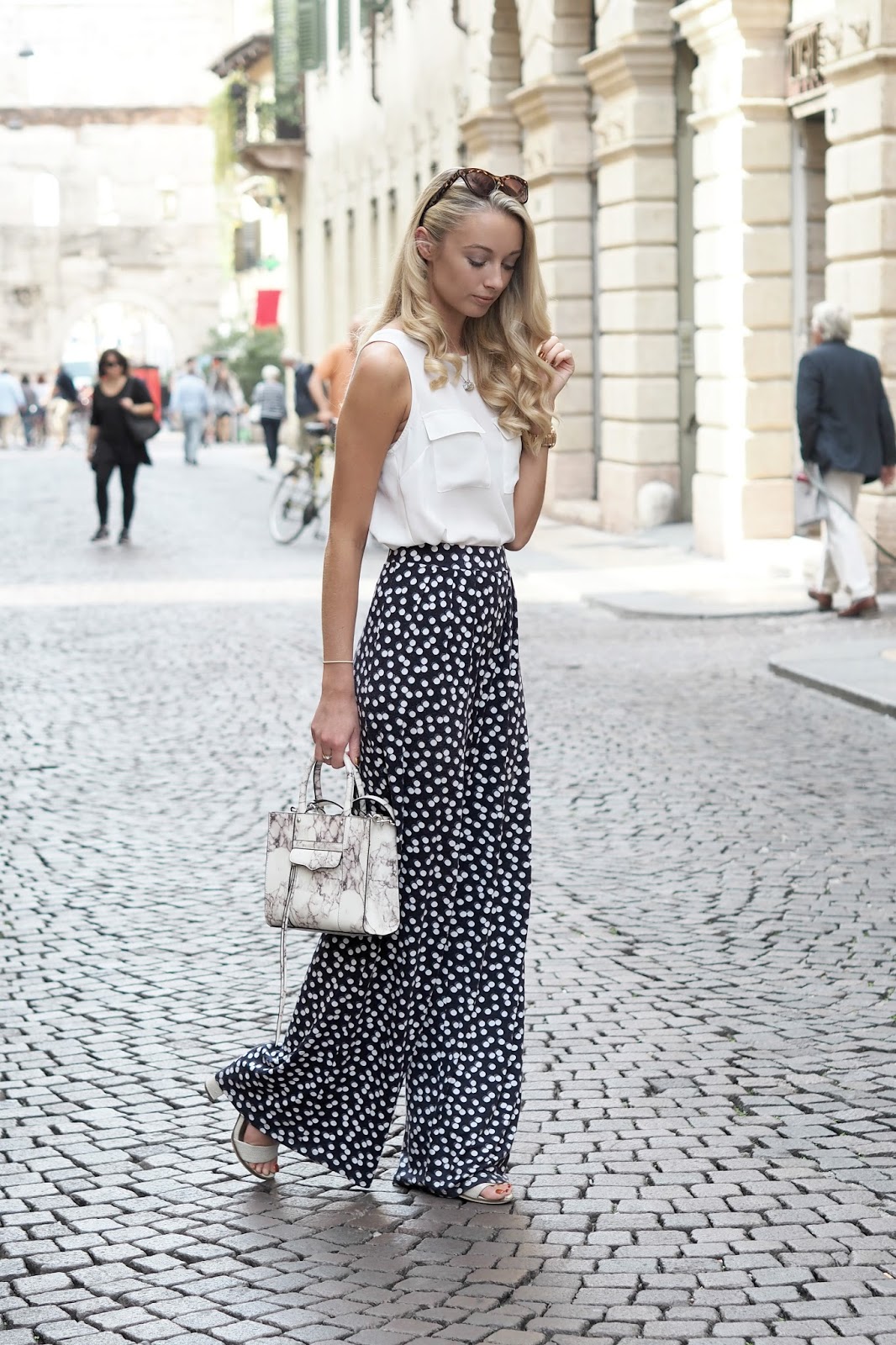 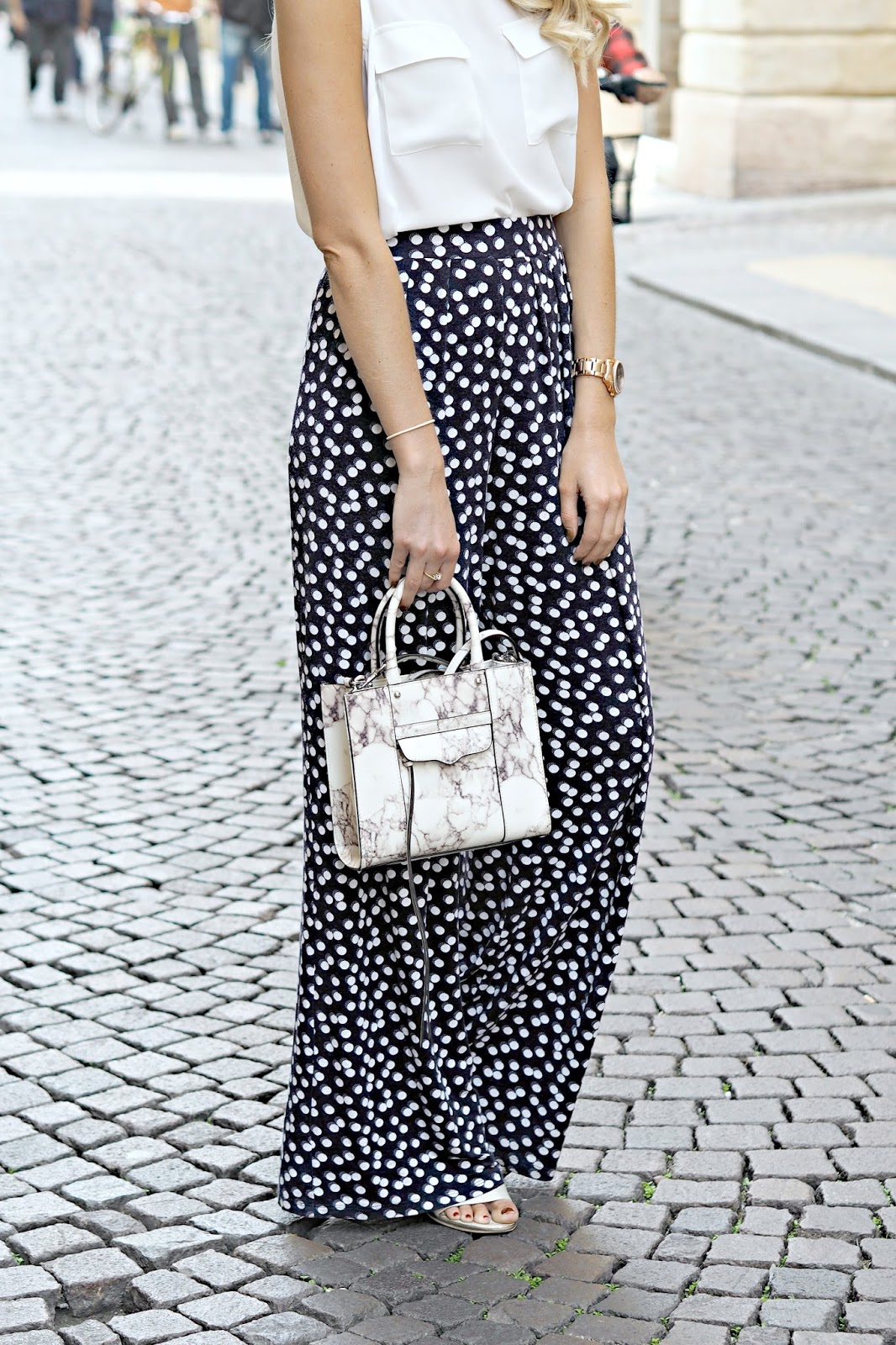 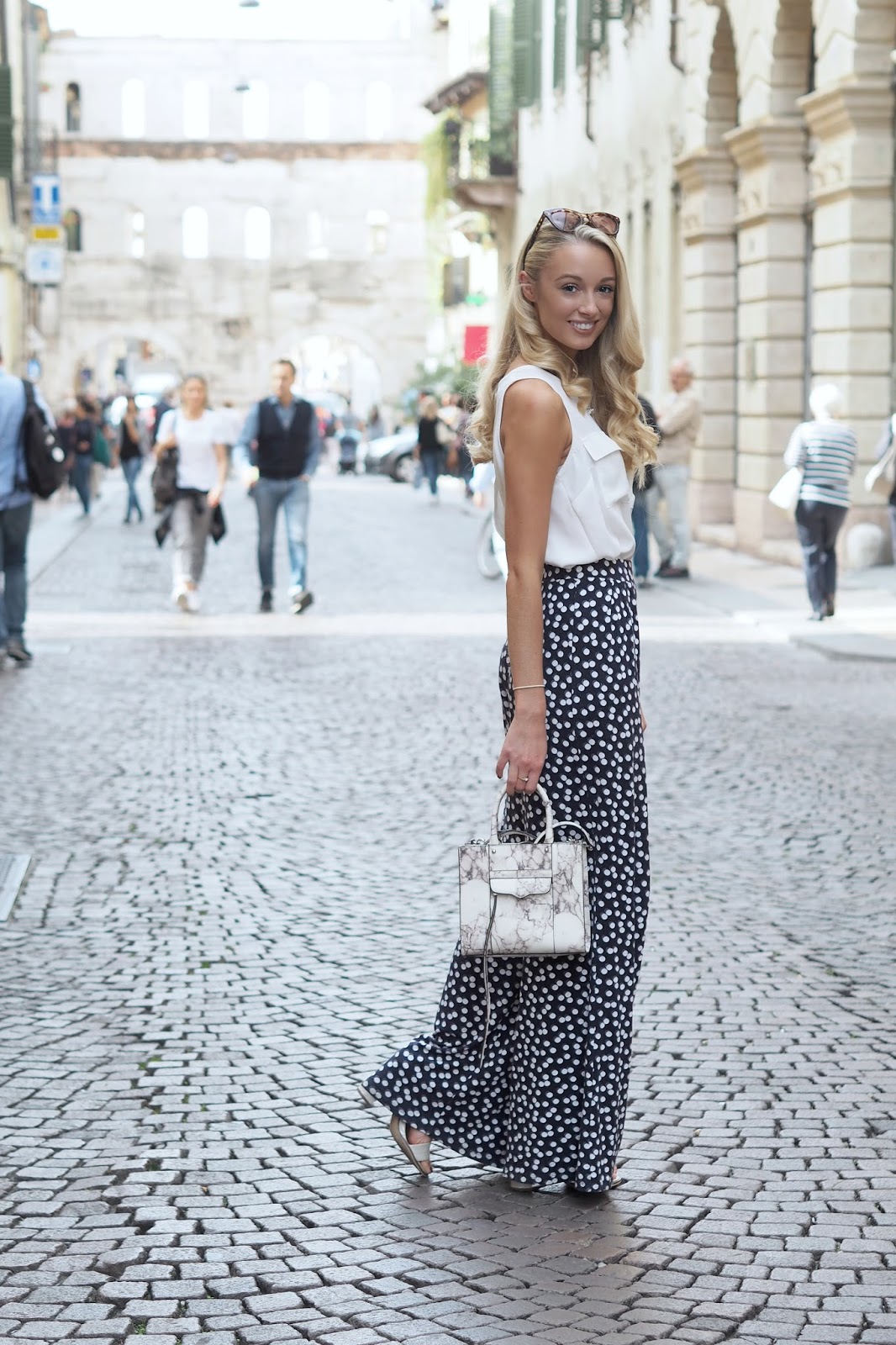 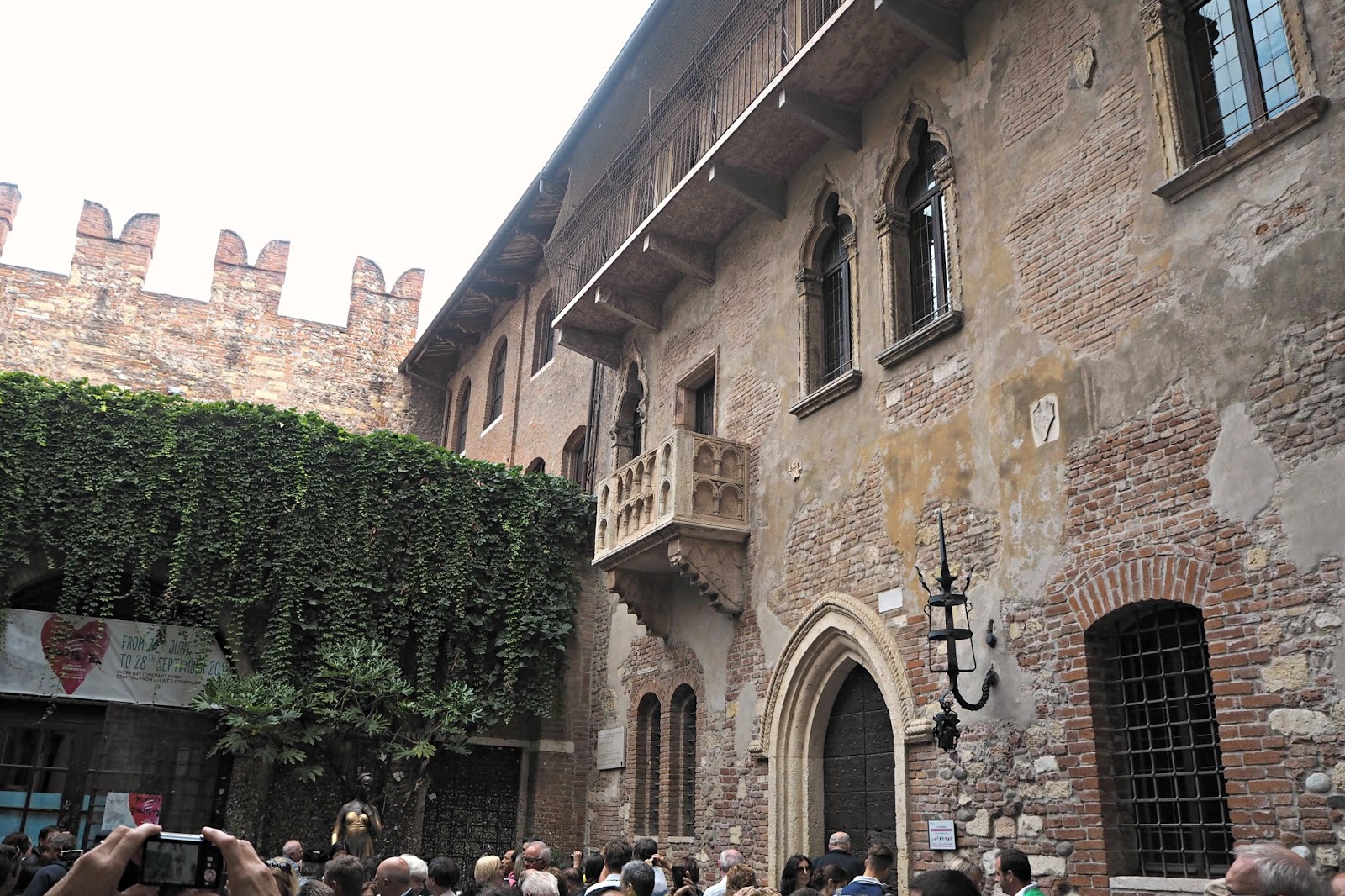 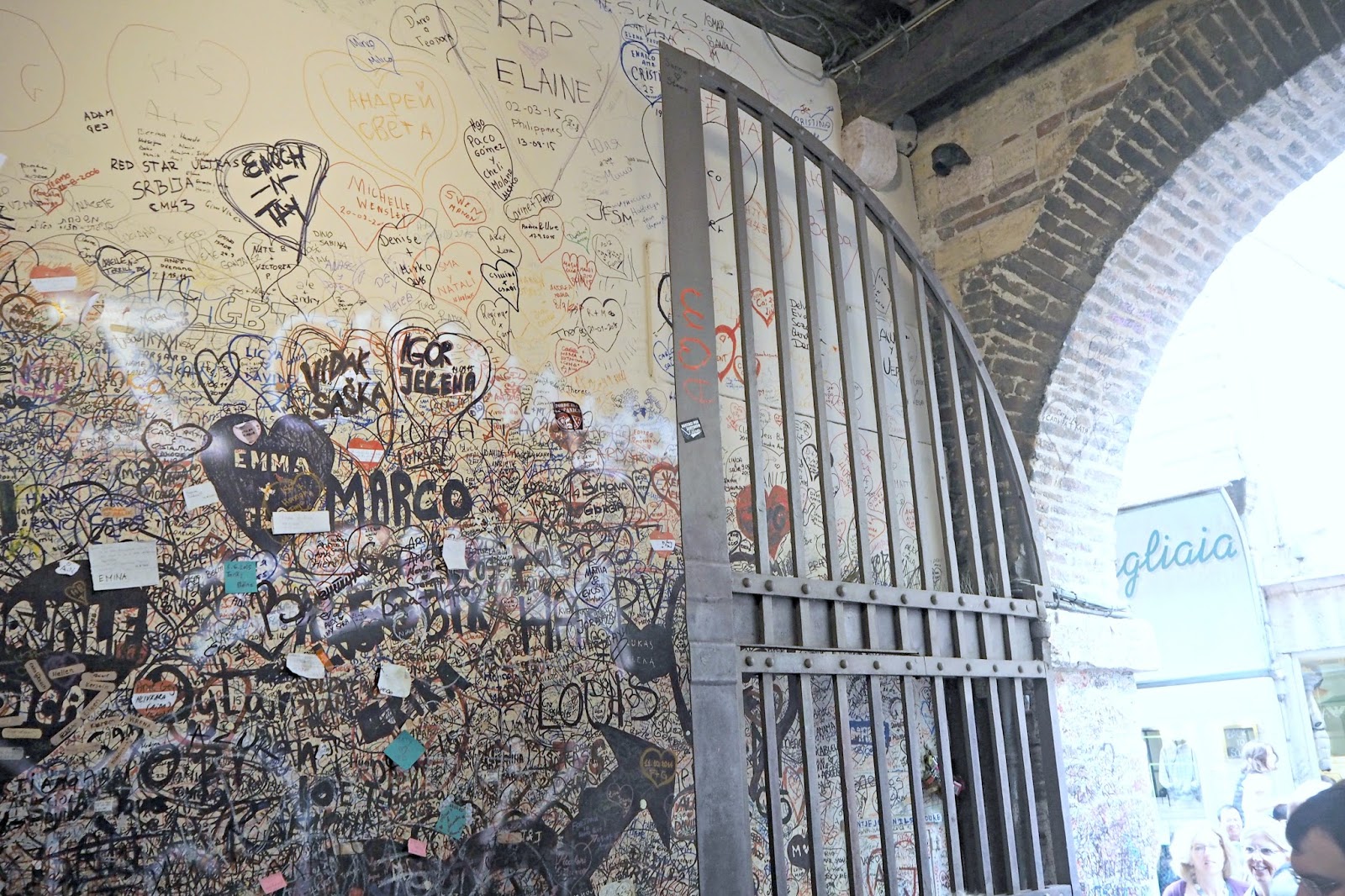 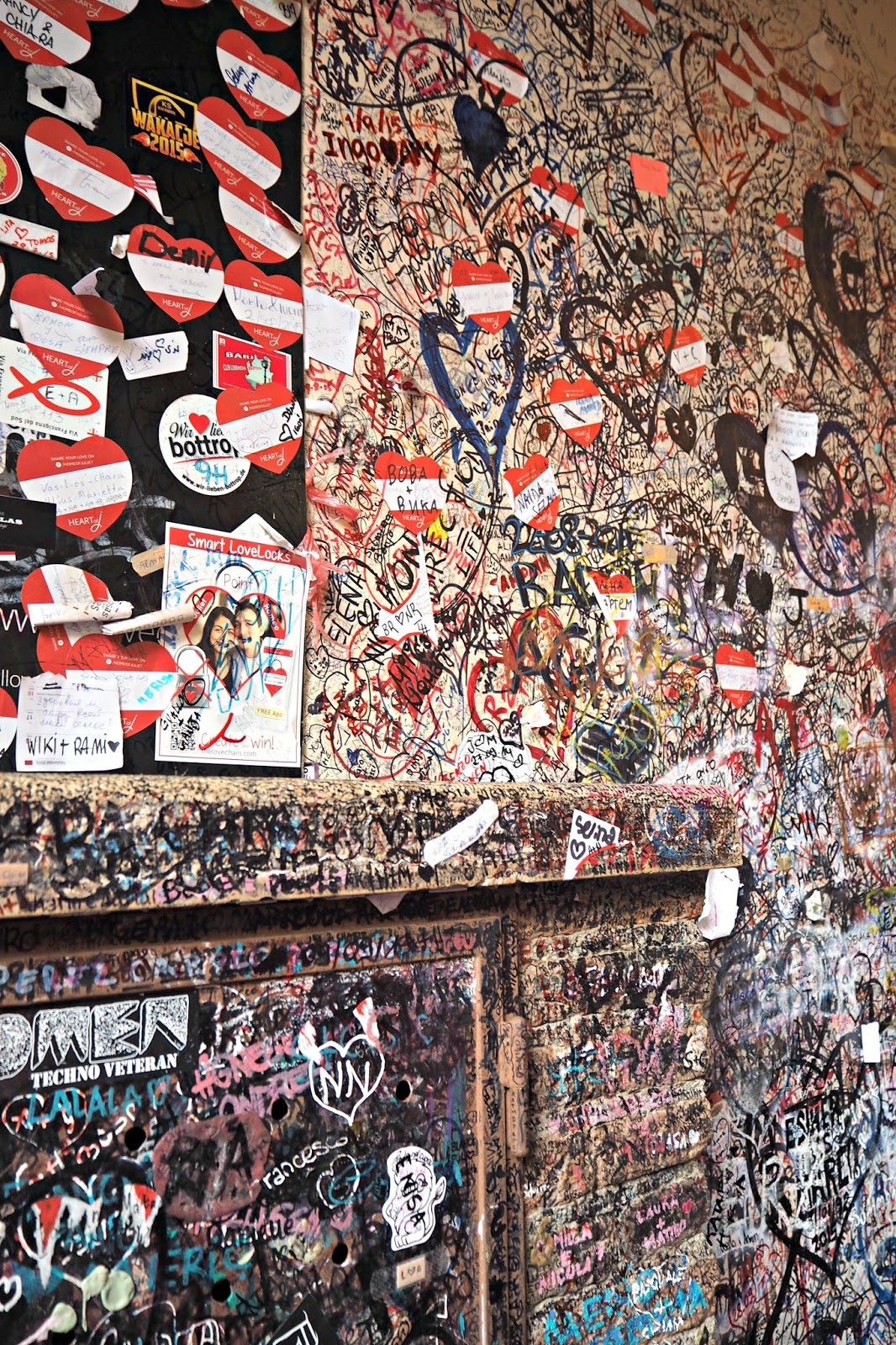 After checking into our hotel; the perfectly positioned Residenza Borsari, we took a short stroll to the infamous Juliet balcony. Romeo and Juliet were of course fictional characters, so I don’t really know how this balcony came to be ‘the’ Juliet balcony, but flocks of romantic tourists flooded the courtyard of the 14th Century house, adding their love letters and Post-its to the walls of the courtyard gateway. It’s free to pop in, so worth a look, but a tad underwhelming and a certain tourist trap – so carry on searching for your Romeo elsewhere! 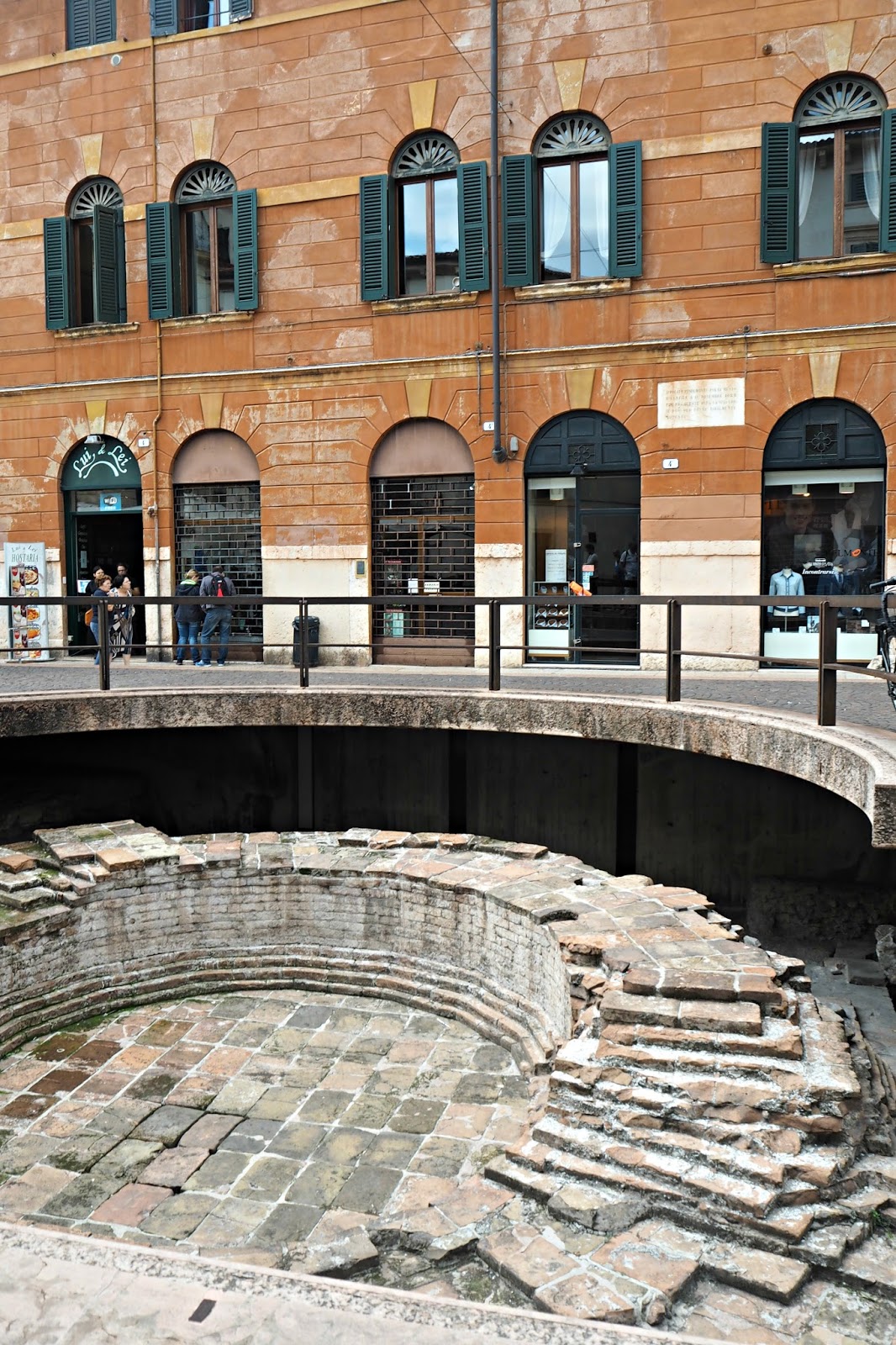 Roman ruins are dotted about the city, so make sure you wear comfy shoes (I clearly didn’t) as it’s much nicer to explore the city by foot, every street has a story! 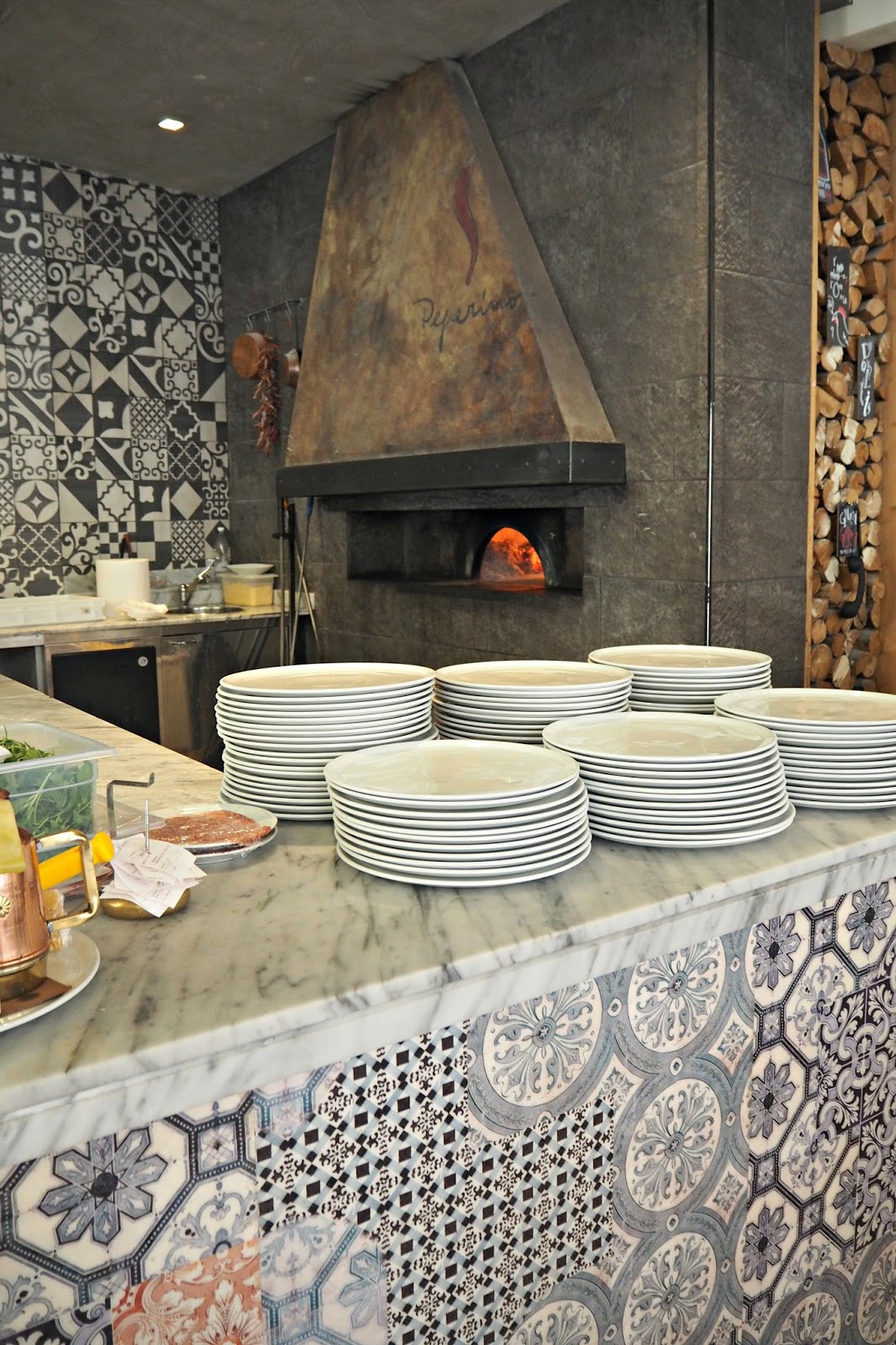 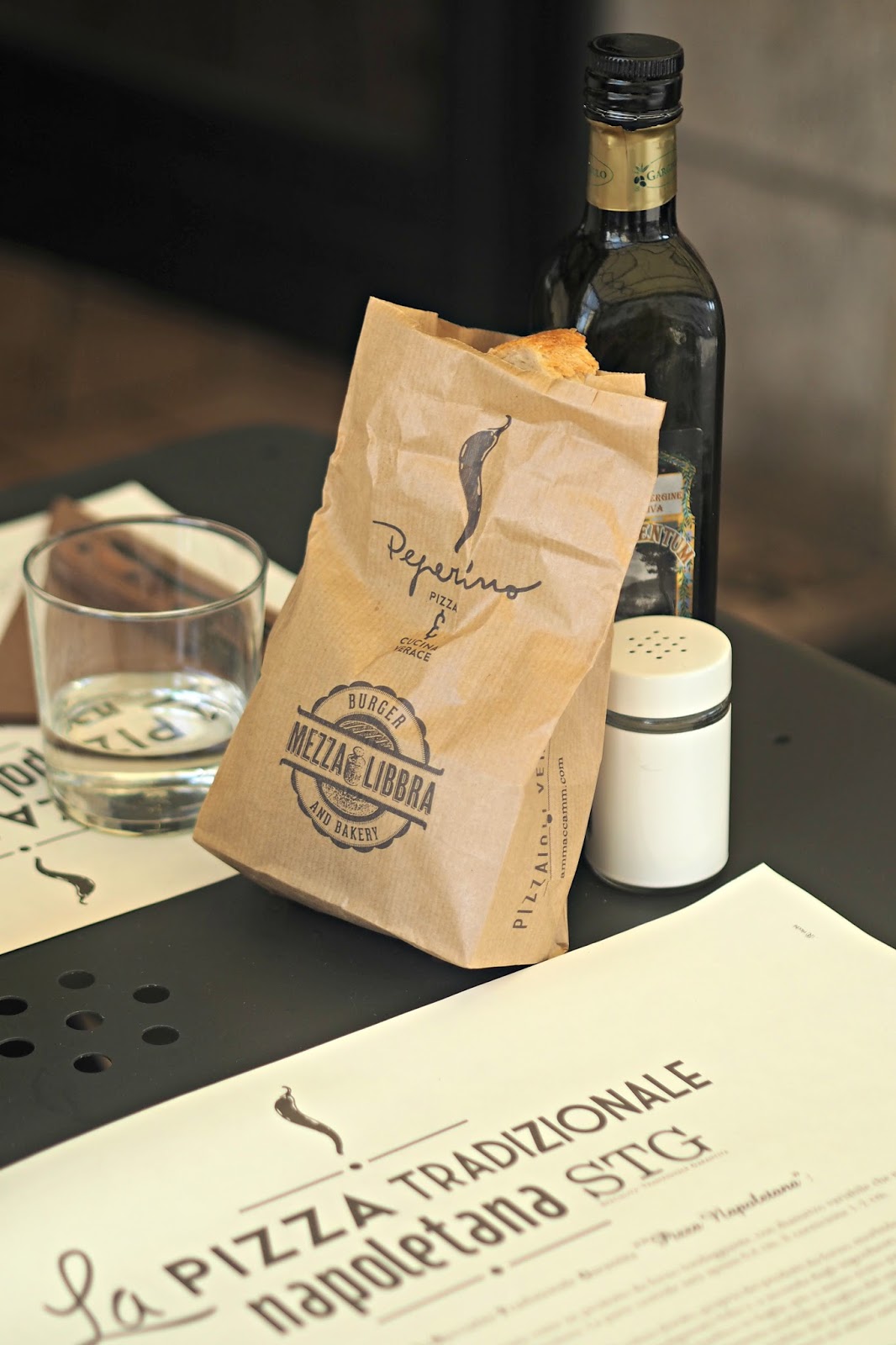 For lunch, we stopped off at Peperino close to the Piazza Bra. The Piazza is the largest in Verona, possible even in the whole of Italy and is lined with numerous notable buildings as well as the Verona Arena; originally built as an amphitheatre nearly 2000 years ago! The Arena is now a world-famous music venue, with operatic and contemporary music performances. There are many cafes and restaurants in the Piazza, but we explored the quieter streets and stumbled across Peperino where we enjoyed two dishes of the day (a saffron and prosciutto risotto and an aubergine pasta bake) both scrumptious and costing us less than a fiver each! Plus, those tiles, that marble! 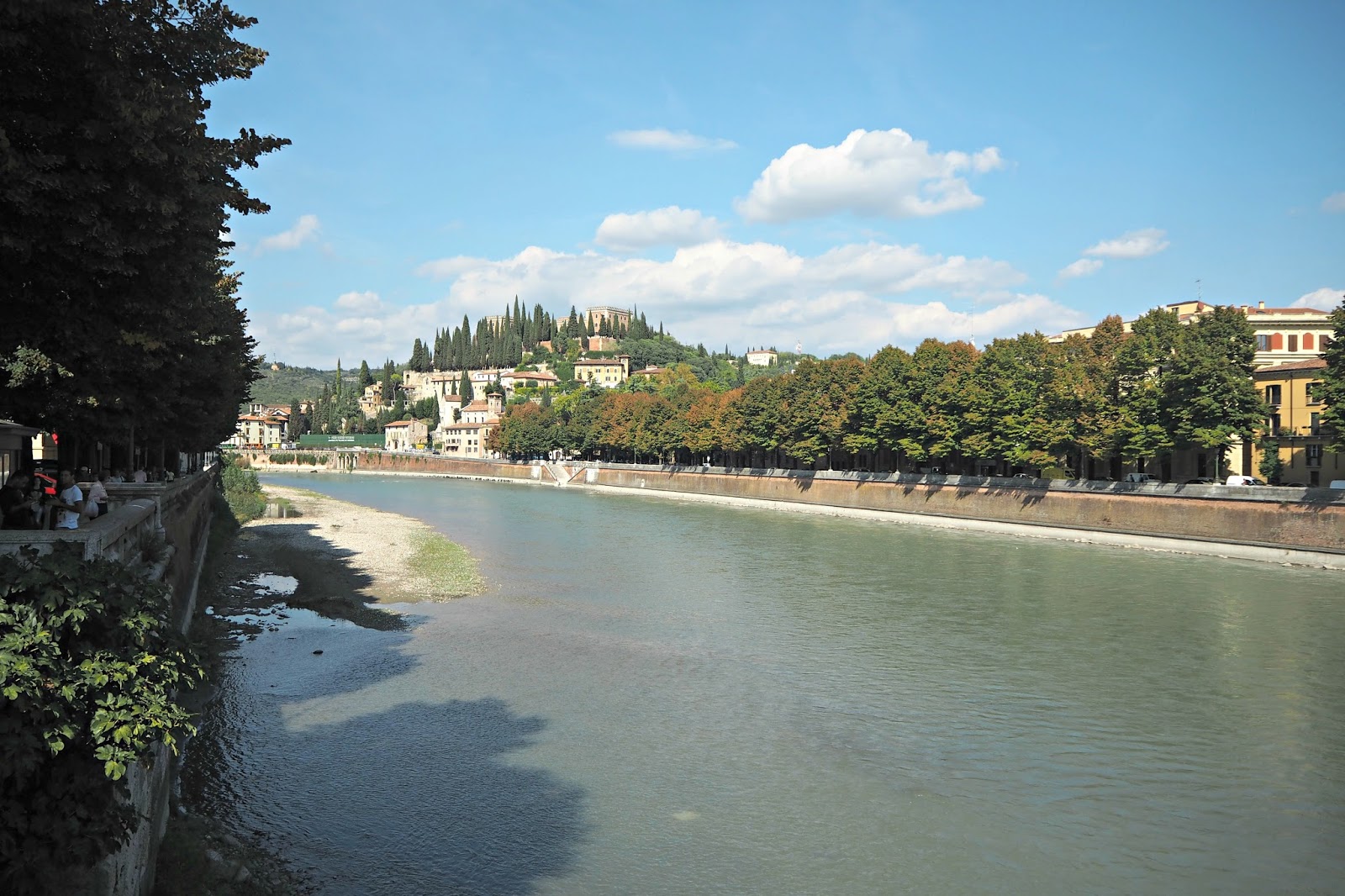 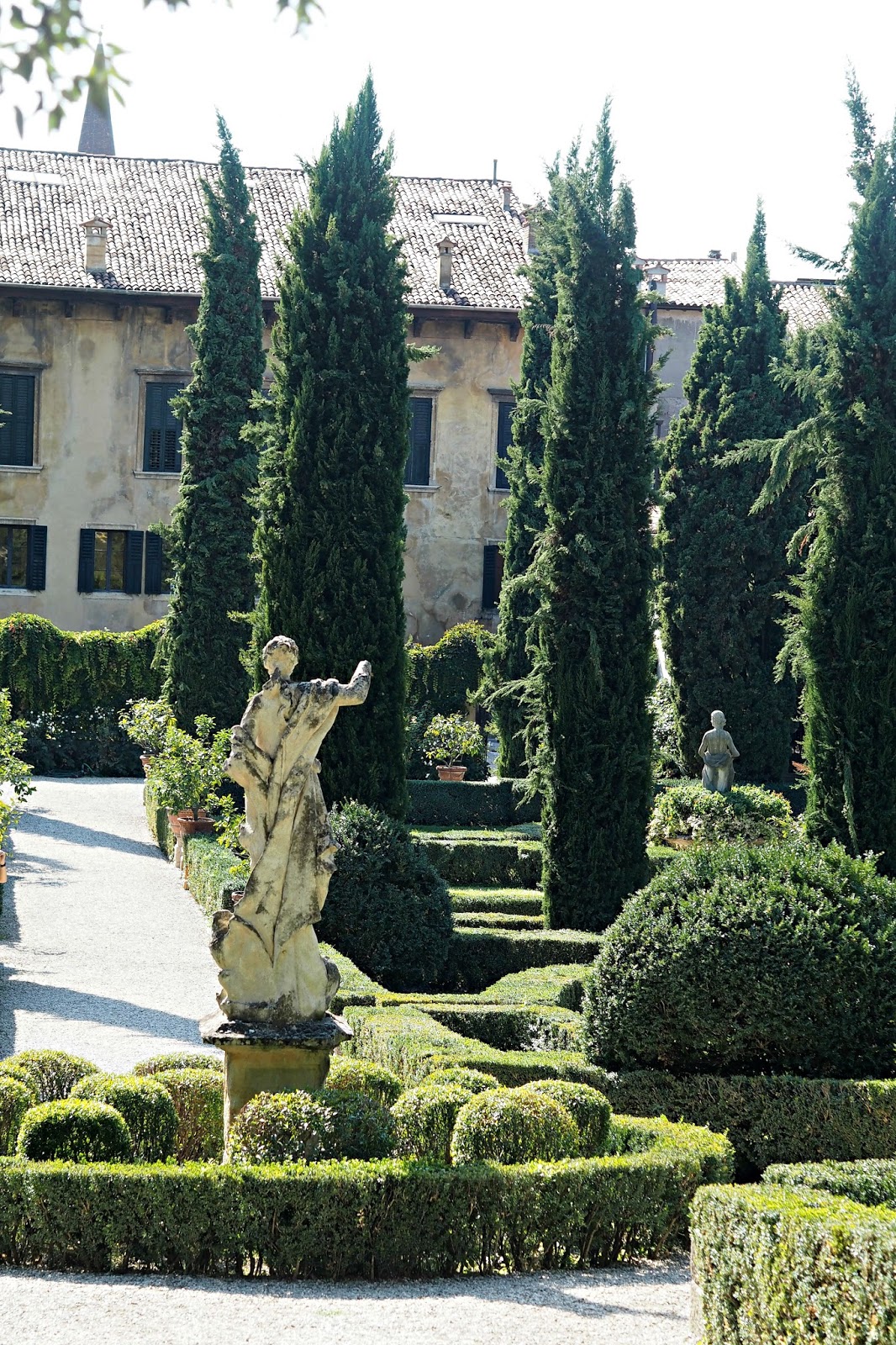 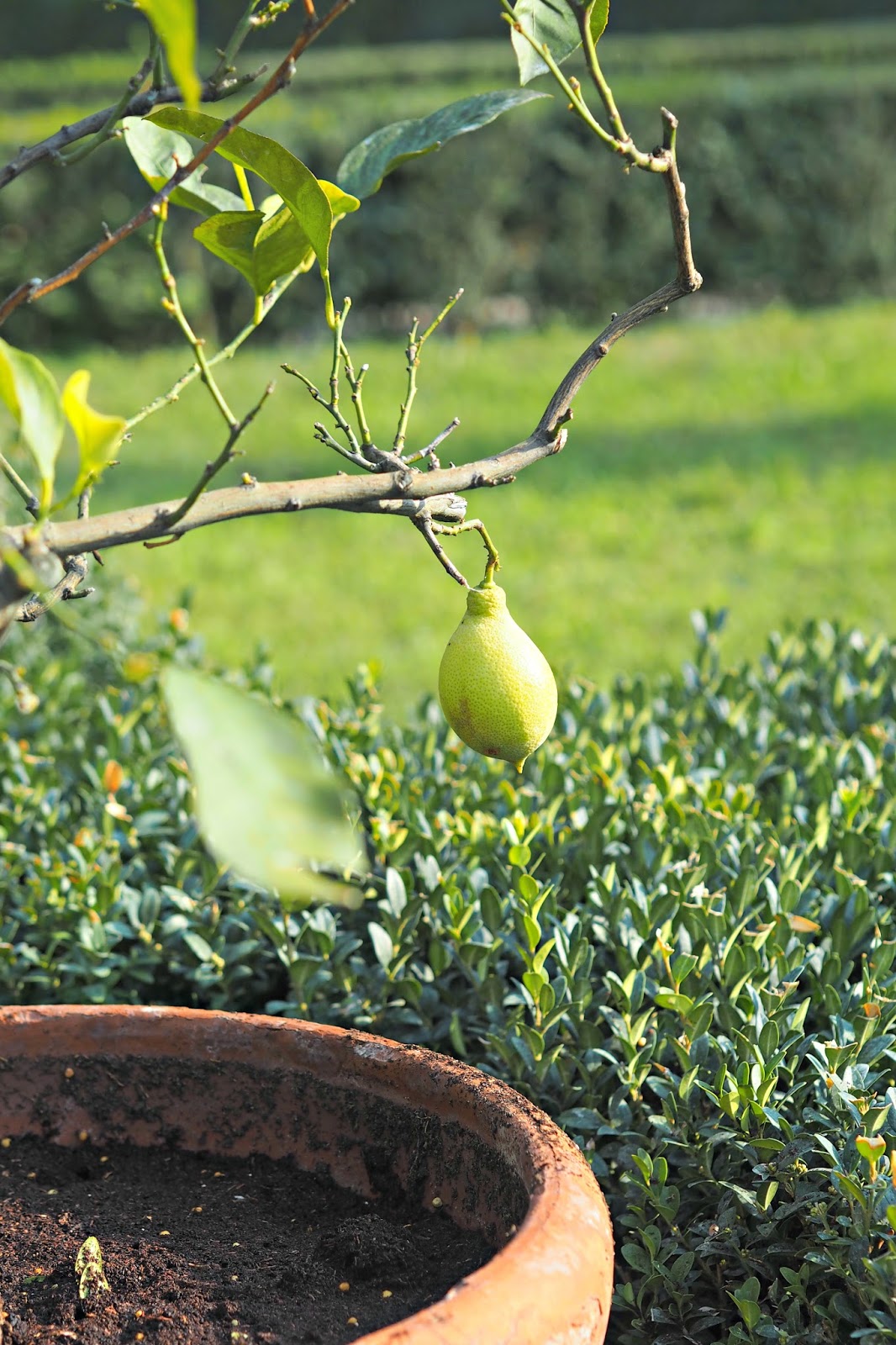 After lunch, we took a 25 minute stroll across the river from the historic centre, and ended up at the Giardino Giusti. As it’s away from most of the tourist destinations, it was pleasantly quiet, mum and I even had a short nap in the sunshine to recover from our early start! The sculpted gardens feature Renaissance landscaping, a blend of manicured and natural gardens (oh, and baby turtles in the fountain – see my Vlog!), and according to local legend, lovers who manage to find each other in the garden’s labyrinth are destined to stay together! Cute! While we were there we saw several couples both old and young hurtling through the maze, desperate to seal their fate together!
We found a Pizzeria close to our hotel for dinner before heading back to the Residenza Borsari, the hotel has just 3 deluxe rooms and is perfectly located for anyone wanting to explore the historic city.
If you’d like to see more about what we got up to in Verona, be sure to head over to my YouTube channel and watch my Vlog of the day!
xoxo