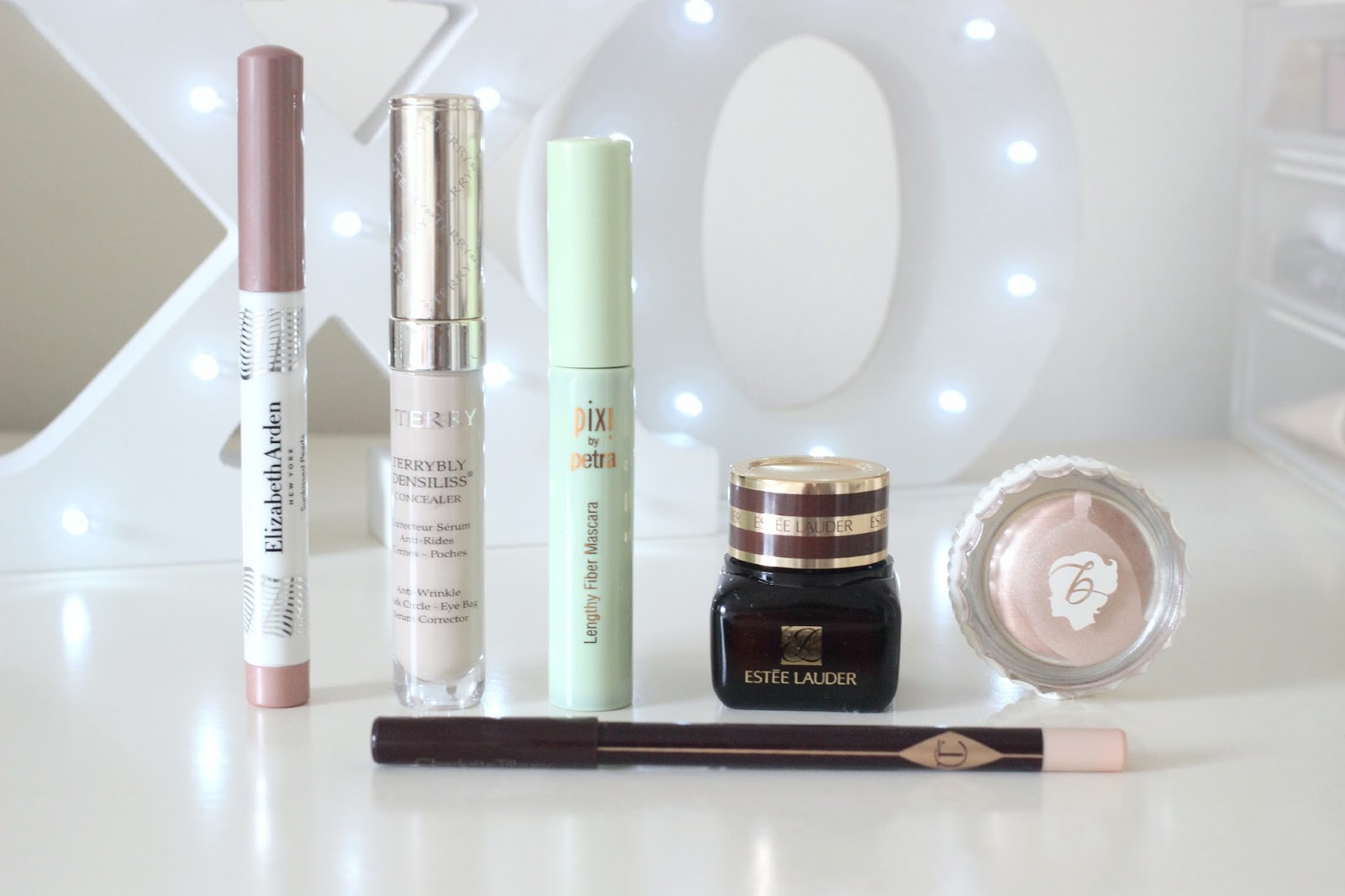 Because our eyes are often the first feature that people notice about us, perfecting that ‘big and bright’ makeup look is a seriously handy skill! Using the right makeup and skincare products, you can make it look as though you’ve had 8 hours of sleep, even when you only got a fraction of that! Gone are the days where we like to plaster our lids in dark kohl liner, now it’s all about going bigger and brighter.
Of course, long term it’s crucial to get a good night’s sleep (8 hours) and stay hydrated. Especially during winter when our skin gets dry, we need to make sure we are drinking enough water to keep our eyes looking dazzling white. Eye drops can help, but hydration and plenty of rest and sleep are by far the most effective way of having naturally bright eyes. 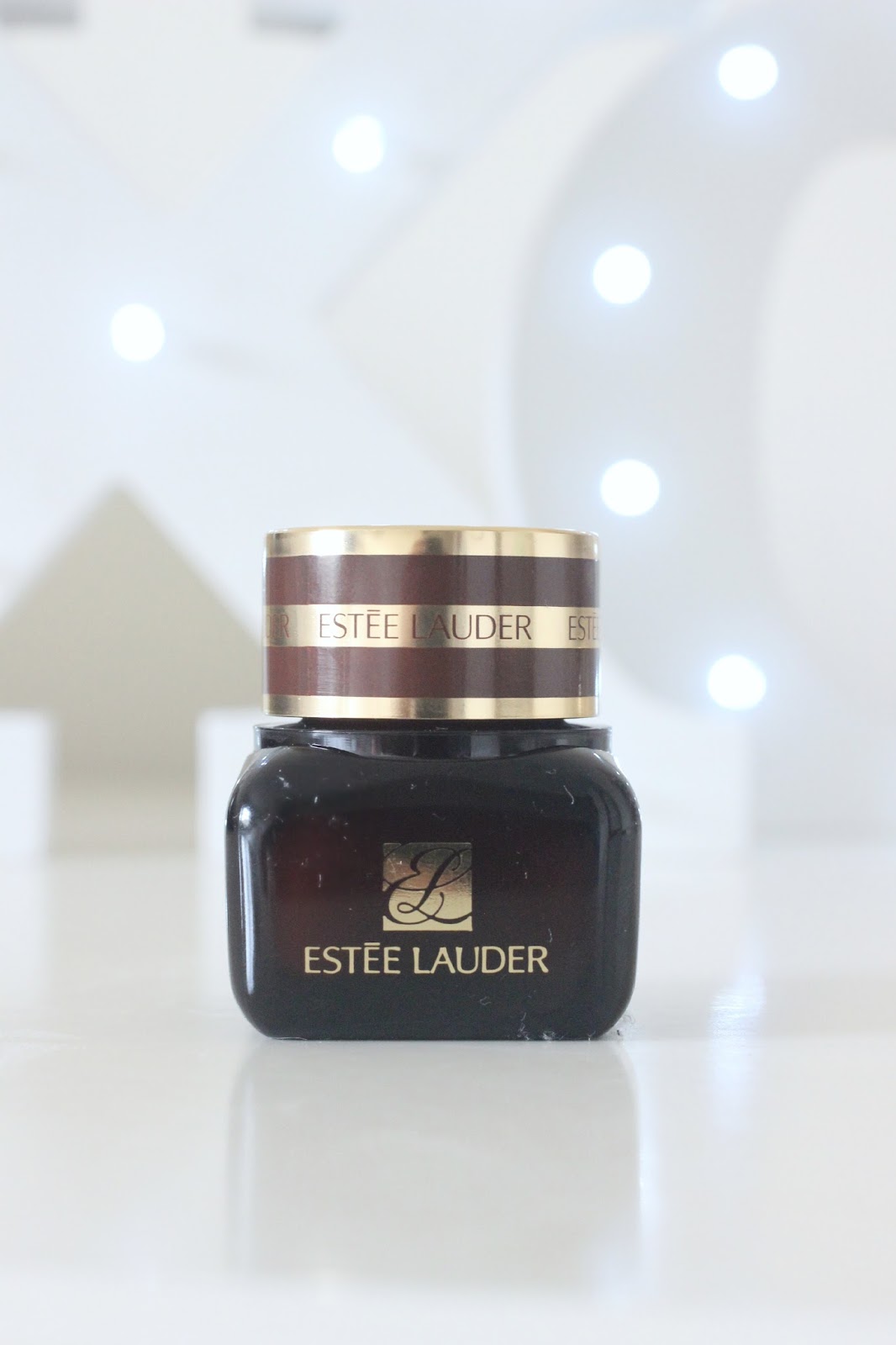 Choosing a brilliant eye cream will brighten, hydrate, and work to decrease the appearance of wrinkles and fatigue – the best way to start your bigger and brighter eye routine. I may only be 23 but my eye area is already an area of concern and I’ve recently become addicted to the Estee Lauder Advanced Night Repair Eye cream. It’s a rich gel-like texture which you apply the smallest amount of to the eye area, with short term and long term benefits it fights signs of fatigue, puffiness and dark circles, as well as fine lines and pollution. The difference is noticeable within just a few days of using this cream, I’m already noticing a brighter and more vibrant eye area! 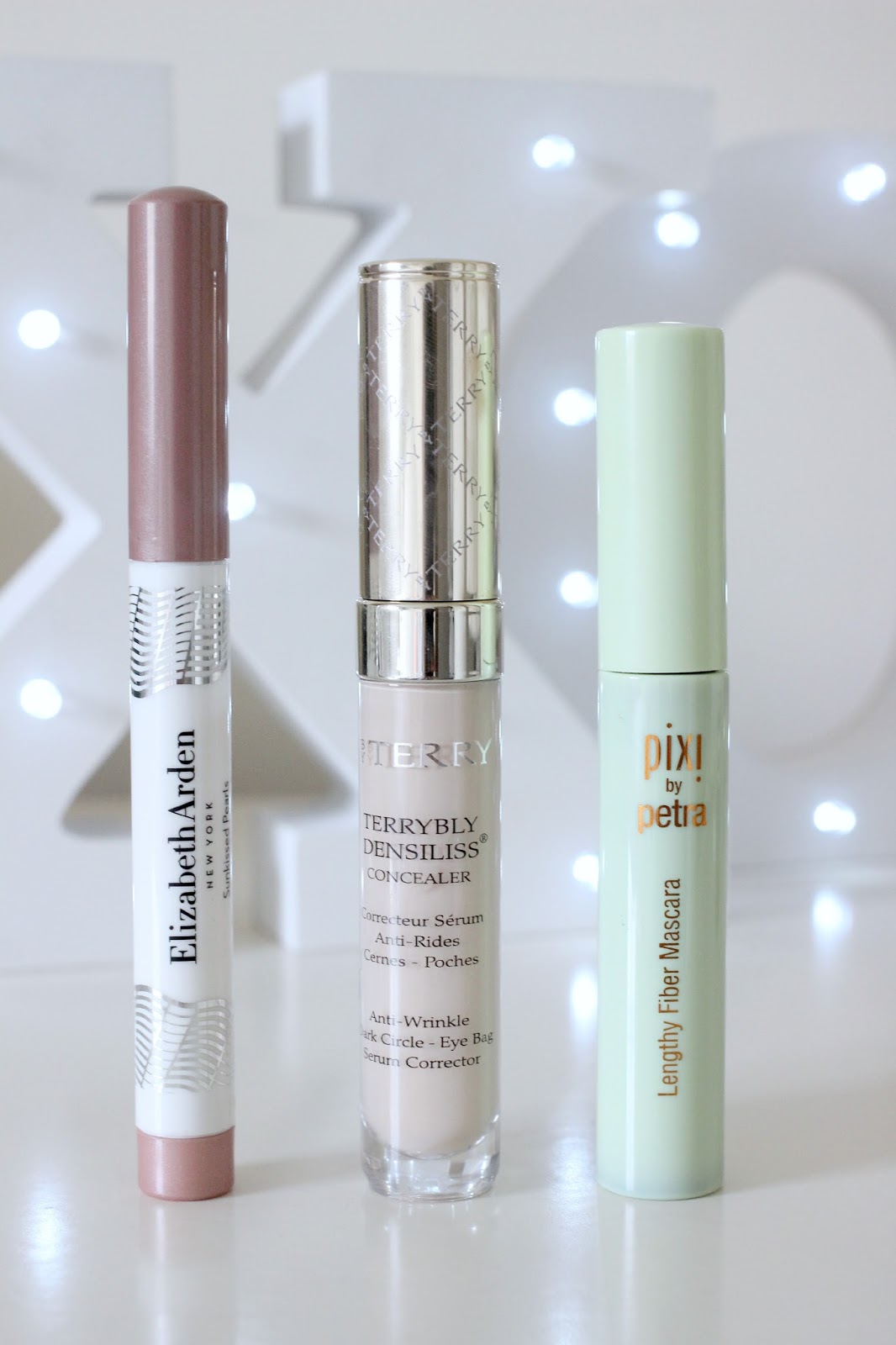 A bright creamy shadow can make your eyes look bigger and brighter, one of my favourites is the Benefit Creaseless cream eyeshadow in the shade Bikini Tini. Bringing the cream into the inner corner of your eyes will make the whites look brighter, and open up your eyes giving you an instant doe eyed appearance. To create more definition, using a slightly darker (but not dark!) eye crayon such as the Elizabeth Arden Eyeshadow Stylo in Sunkissed Pearl over the crease to extend the illusion of bigger eyes.
If you want to give the illusion of larger eyes, apply mascara to upper lashes only. Application on the lower lashes can close the eye area, but using a volumising mascara such as the Pixi Lengthy Fibre mascara (which has silk filaments which add to the volume of your lashes) and curled lashes can make your eyes look bigger in seconds!
Under eye concealer can hide any discolouration as well as illuminating the under eye area. My favourite is the By Terry Terrybly Densilis concealer – it’s a fair shade but without being too light, it brightens and conceals, is lightweight and doesn’t crease (never a good look!). Unlike other concealers that I’ve tried, the By Terry concealer not only covers darkness in the short term, but also contains ingredients which work to age-correct and firm your under eye area!
While white eyeliner in the waterline used to be the trend, it always looks a little stark and obvious! Only recently have I discovered flesh coloured pencils, and the Charlotte Tilbury Nude Eye Cheat is universal nude tone which instantly gives the illusion of wider, fuller eyes. It’s the smoothest liner I’ve ever applied with a soft waxy texture, and unlike budget alternatives it stays put for hours and hours and contains ingredients which stimulate collagen production! Oh, and it’s waterproof too!

How do you make your eyes look bigger and brighter?

Glossier have 20% off EVERYTHING. THIS IS NOT A DRILL.

Gifts your Mum will Love this Mother’s Day