A Beginners Guide to Wimbledon

The Championships, held at Wimbledon this week, is arguably the most prestigious tennis event in the world – and along with this prestige comes an unspoken etiquette for players and attendees alike! Some of these guidelines are in fact strictly enforced, such as the fact that Wimbledon is one of the only sporting tournaments to enforce a dress code on players who must wear white, and you can not leave or take your seats while the game is in play.

Other rules are not written, but knowing Wimbledon etiquette before you arrive is certainly an advantage to have! Spectators dress for a Summer occasion; the warm temperatures mean lots of loose fitting cottons and linens are often seen in the stands, while Gentlemen often sport Panama hats and smart blazers. I opted for a lightweight weight dress of an elegant length – it’s smart and modest while also being fun and flirty – perfect for the sociable day out!

Of course, as well as the etiquettes there are also the traditions! Wimbledon wouldn’t be the same without Pimms and Strawberries and Cream, and this year a twist on the tradition with the launch of Häagen-Dazs Strawberries & Cream Ice Creams!

Last year, Häagen-Dazs became the Official Ice Cream of The Championships, and this year offered their own indulgent serve at the sporting event with two new offerings; the Strawberries & Cream Ice Cream bar in collaboration with sports clothing brand Björn Borg (a limited edition treat available during the fortnight of The Championships) and the delicious tub or Strawberries & Cream ice cream.

As with the rest of the brands flavour combinations, the signature pairing of Strawberries & Cream is made with the highest quality, carefully selected ingredients – and trust me, when the temperatures are approaching 30 degrees on Centre Court, there is nothing more satisfying that a creamy taste of ice cream!

Made with handpicked Strawberries, the Häagen-Dazs signature ice cream is coated in Belgian chocolate, but you don’t have to be at Wimbledon to enjoy this new tradition – enjoy at home while watching the tennis by ordering on Amazon Prime Now or from a multipack from selected retailers across the country.

Order your own tub of Strawberries & Cream Ice Cream here.

There are many Wimbledon traditions which I still haven’t got my head around – such as the fact that the iconic trophy for the winner of the men’s championship features a giant pineapple on top (?!) , but it’s the quirkier traditions that give the event it’s spirit. While strawberries and cream will always remain a crucial part of the day with over 61,000 pounds of the fruit being enjoyed over the fortnight, it’s these new traditions that give the day my personal seal of approval. 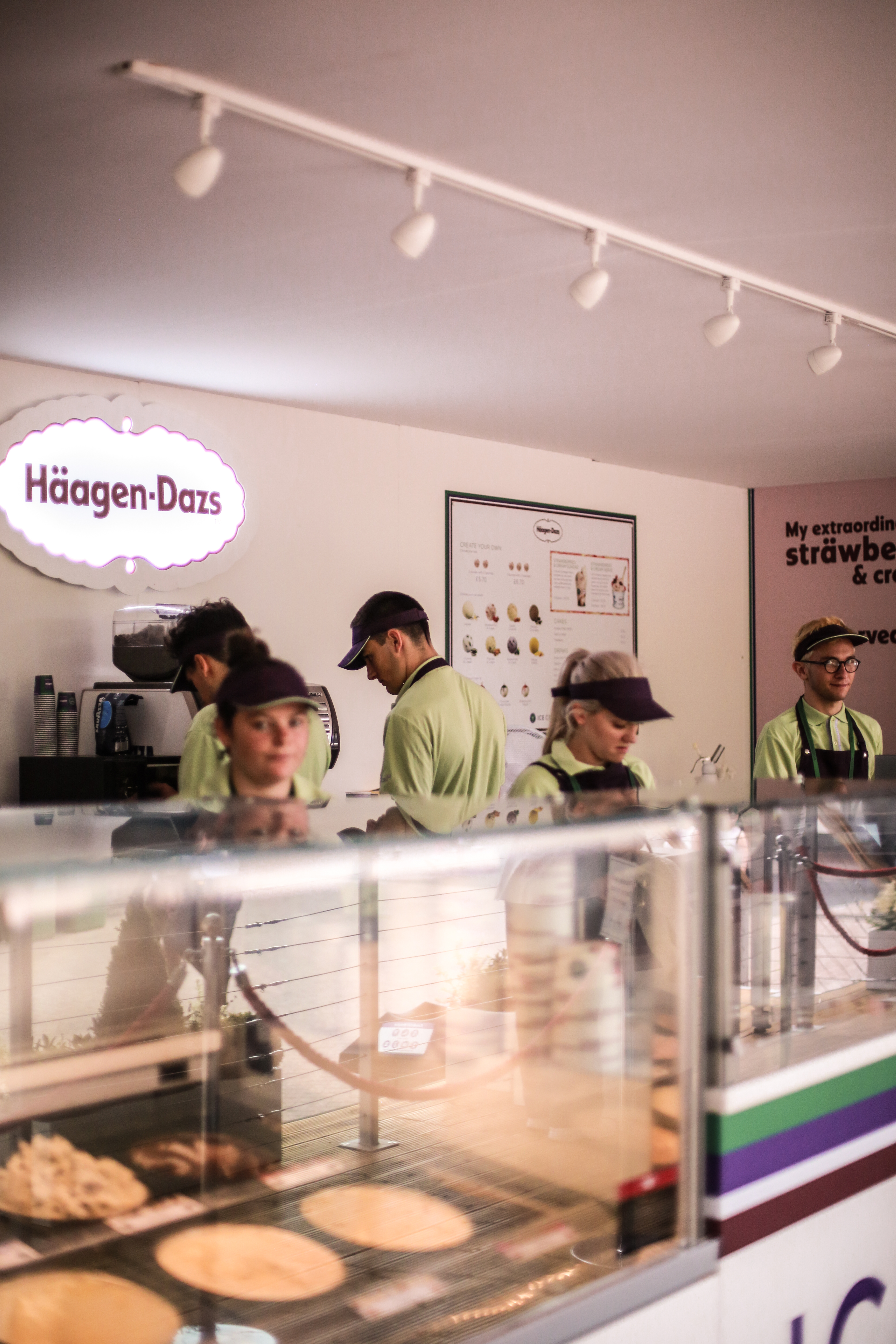 If you’re eager to get those Centre Court tickets then don’t worry, it’s not too late! Wimbledon is one of the few major sporting events where you can turn up on the day and buy a ticket, but unless you’re in luck, it’s likely you’ll find yourself with a ‘Grounds Access’ ticket which means you can mosey through the courts and watch the main games on the ‘Henman Hill’ – or is it ‘Murray Mound’?!

So I hope my tips have given you an insight into Wimbledon Etiquette and thank you to Häagen-Dazs for collaborating on this post!

Will you be watching or attending Wimbledon this year?